Home Countries England Cook gets milestone but NZ fight back

Cook gets milestone but NZ fight back 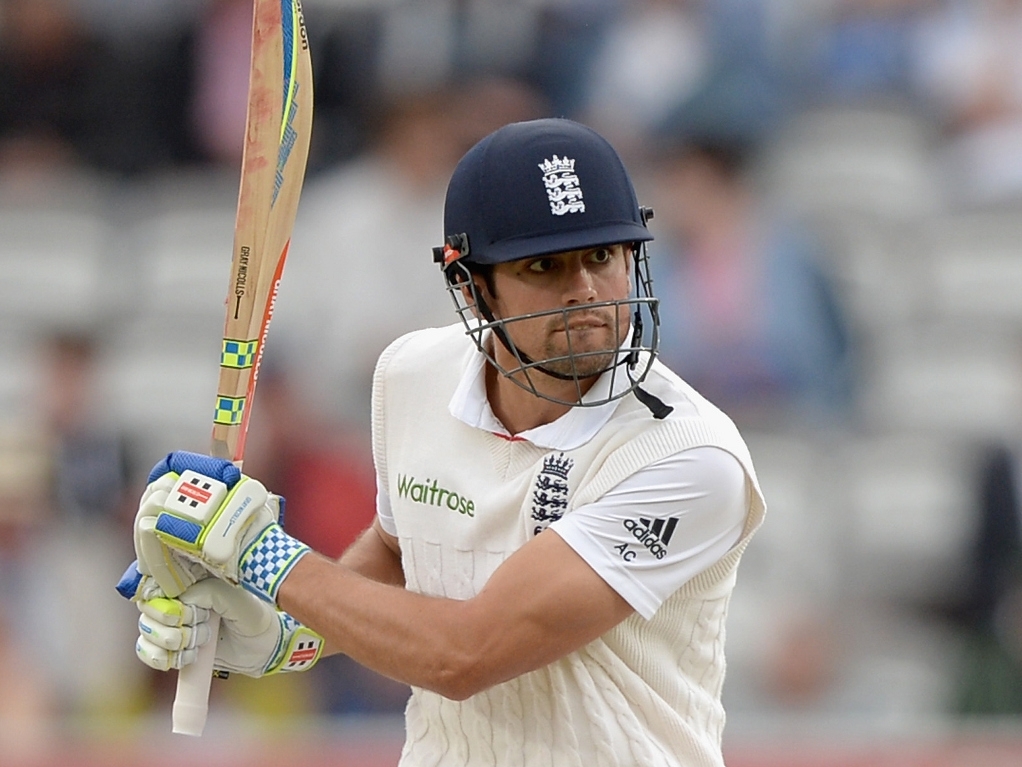 On yet another day when England players celebrated significant milestones, New Zealand fought back late with the new ball to claw their way back into a contest they looked well out of.

The Three Lions were 253 for five at stumps on Day two in reply to the Black Caps' 350 all out in their first innings. The tourists snaffling four wickets late in the day as England looked in command on 215 for one.

The home side were in control at that stage as captain Alastair Cook surpassed his mentor, Graham Gooch, to become England's all-time leading run scorer in Test cricket.

Cook, who needed just 32 runs before the match to break the record, went on to make 75, and share in an opening stand of 177 with Adam Lyth, before he was trapped lbw by off-spinner Mark Craig going for a sweep shot.

Yorkshireman Lyth stuck around and went on to record his maiden Test century in front of his home crowd in what was an emotional moment for the left-hander.

Lyth reached 107 before he was run out after a mix-up with Gary Ballance. Five overs after Lyth was out the Black Caps took the new ball with just more than 30 minutes remaining, and they proceeded to strike three times.

Trent Boult bowled Ballance for 29, Tim Southee had Joe Root caught behind for one and Boult then found the edge of Ben Stokes' bat to have caught at second slip for six.

Ian Bell, on 12, and Jos Buttler, unbeaten on six, will resume for England in the morning with a deficit of 97 still to knock off.

Earlier in the day, Stuart Broad grabbed the last two New Zealand wickets to fall to end with figures of five for 109, as the Black Caps added 53 to their overnight total after starting on 297 for eight this morning.