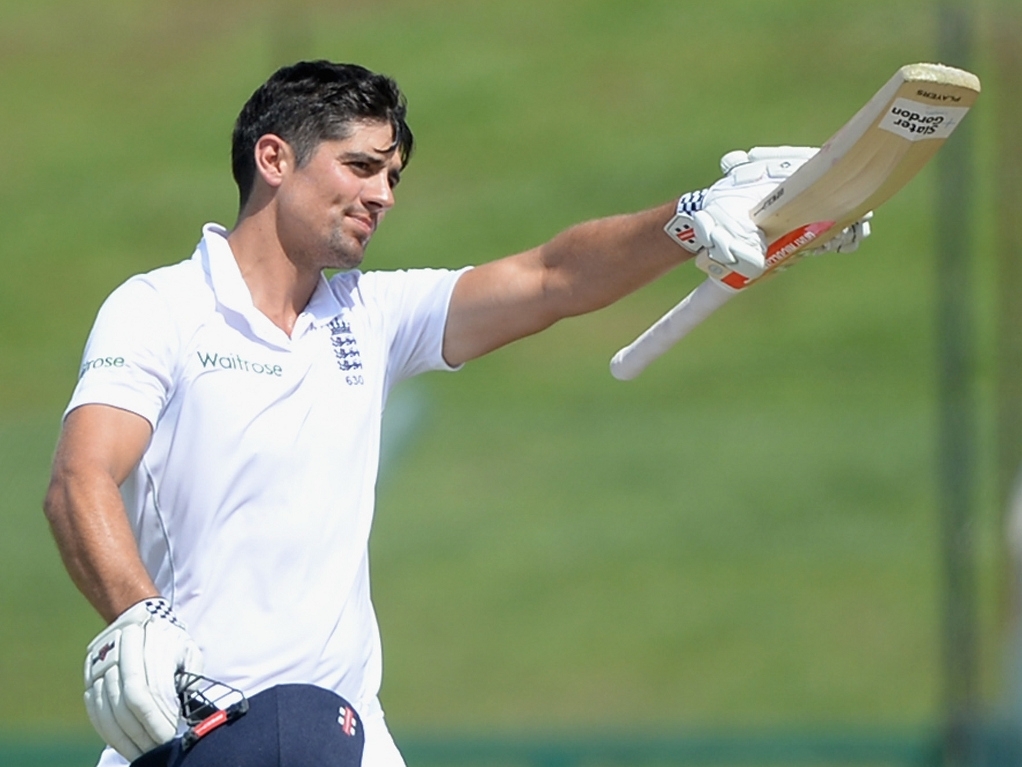 Captain Alastair Cook broke all sorts of records as England grafted their way to a first innings lead at stumps on the fourth day of the first Test against Pakistan in Abu Dhabi on Friday.

Cook hit a majestic 263, his second highest score in Test cricket, as England were 569 for eight at the close of play in reply to Pakistan's total of 523 for eight declared, a lead of 46.

The 30 year-old Cook batted was just the third batsman to bat for more than 800 minutes in a Test innings while it was the longest innings by an England batsmen in Test cricket, beating Len Hutton's 797 minute effort in 1938.

Cook also became just the third opening batsman in Test history, after Sunil Gavaskar and Graeme Smith, to pass 9000 runs in the longest format of the game.

The Three Lions' skipper was eventually out when he top-edged a Shoaib Malik offspinner to be caught at short fine-leg as he brought about the last drama in the game that is heading for an inevitable draw.

Besides the captain's double ton, Joe Root hit 85 while allrounder Ben Stokes contributed a brisk 57 as England look to take huge confidence into the second Test in Dubai.

The Pakistan bowlers toiled hard in the field but have to be given credit for always hanging in on a flat and slow pitch at the Sheikh Zayed Stadium.

Left-arm paceman Wahab Riaz recorded figures of three for 116 in 33 overs as Pakistan completed 196.3 overs in the innings before the umpires took the players off the field due to bad light.