Cook hits ton as England find time in the middle 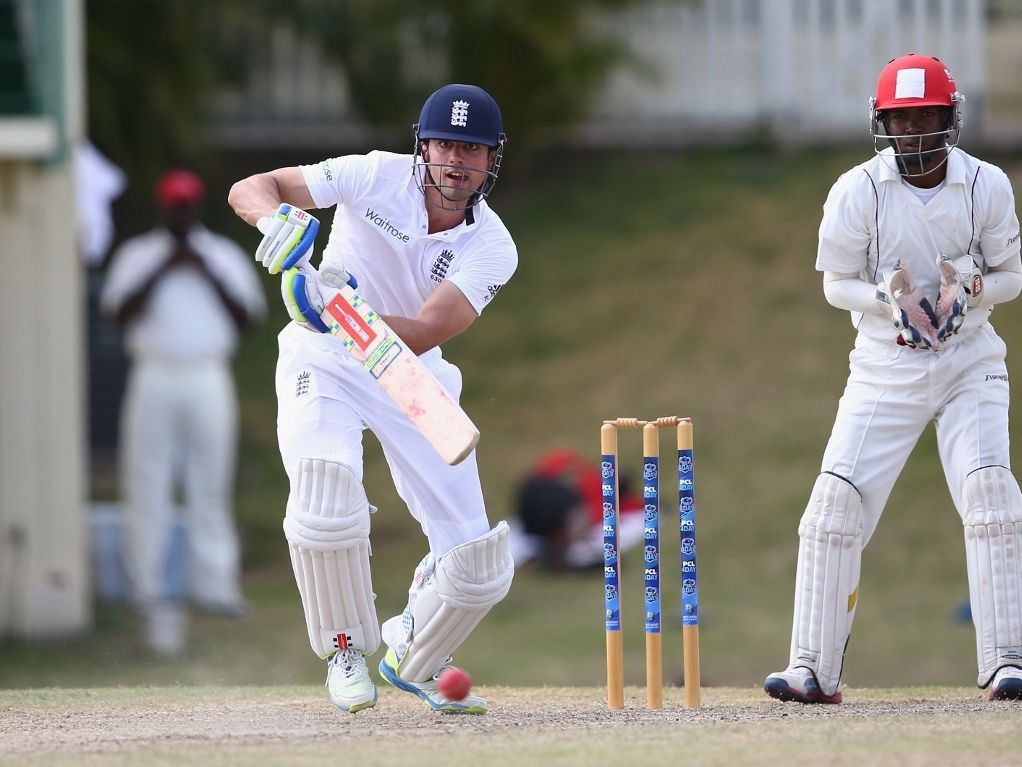 England captain Alastair Cook scored his first century in national team colours since November 2013, as the visitors got vital time in the middle in their drawn two-day match in St Kitts ahead of the West Indies Test series.

After bowling a poor St Kitts Invitational out for 59 on Day one, England ended the first day in a comfortable position of 181 for one with Cook, unbeaten on 95, and Gary Ballance at the crease.

The England skipper completed his century, his first in an England shirt since an Ashes warm-up match in Australia more than a year ago, then proceeded to retire himself out to give the other batsmen some time in the middle.

Besides Ballance, who scored 16, all the other batsmen took the opportunity to get acclimatised to the red-ball again after a summer of white-ball cricket that ultimately proved fruitless.

Ian Bell (59) and Joe Root (64) spent some valuable time in the middle batting for 212 and 138 minutes respectively, while Ben Stokes put his name in the frame to be the allrounder in the first Test with 41 in 50 balls, after bagging three wickets with the ball.

England declared their innings at the fall of Stokes' wicket, totalling 379 for six in almost 116 overs, and gave their bowlers more time to get some miles in the legs before the first Test.

In the end the tourists almost pulled off an unlikely victory, having the home team struggling at 76 for seven at the end of the two-day contest.

Spinner James Tredwell done his prospects of playing in the first Test no harm, taking three for 35 in 14 overs.

England have another two-day warm-up match against the same opposition starting on Wednesday before the first Test against the Windies starts in Antigua on 13 April.