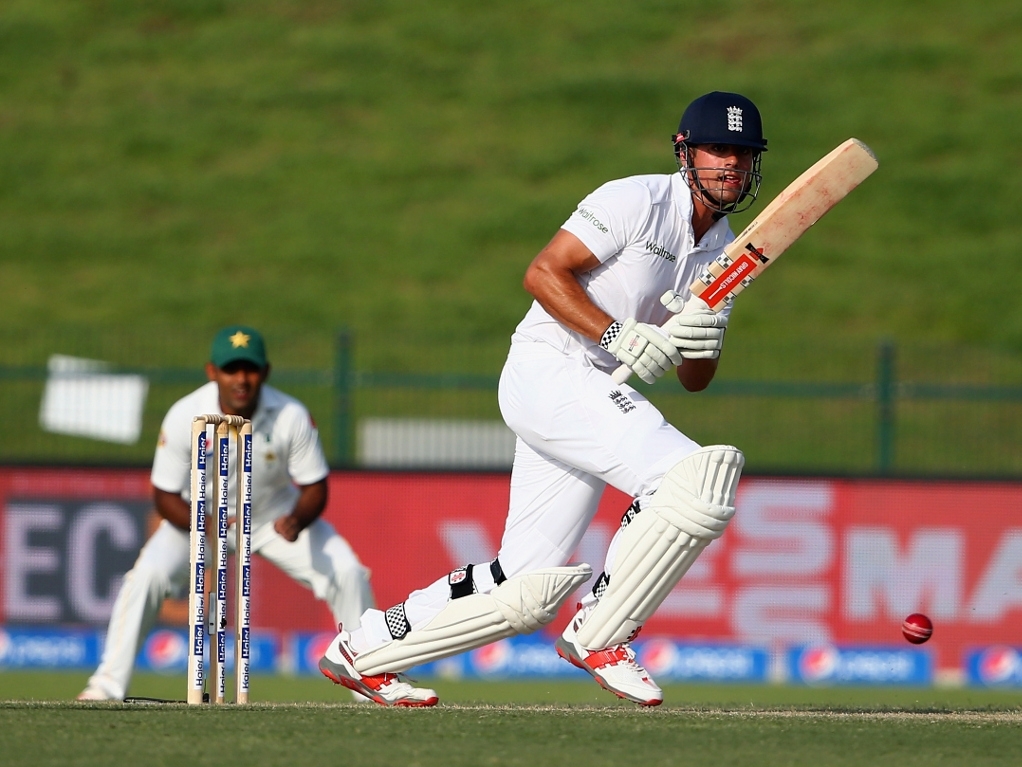 Captain Alastair Cook batted all day, hitting an unbeaten 168, to lead England's fightback on day three of the first Test against Pakistan in Abu Dhabi on Thursday.

England were on a commanding 290 for three, in reply to Pakistan's 523 for eight, at stumps with Cook receiving good support from Ian Bell, who scored 63.

The tourists resumed the day on 56 without loss, with Cook on 39 and Moeen Ali on 15, knowing they needed to bat big to keep themselves in the game.

The openers extended their partnership to 116 when Moeen, on 35 from 131 balls, pushed at a wide delivery from seamer Imran Khan and was caught by wicketkeeper Sarfraz Ahmed.

Bell started shakily, only scoring one run in his first 30 balls, but gradually gained more confidence the more time he spent at the crease.

The two senior members of the England team added 165 for the second wicket and batted until six overs before close of play when Bell hung his bat out to a wide delivery from left-arm paceman Wahab Riaz.

Wahab then struck another blow when he bowled nightwatchman Mark Wood to leave Joe Root (3*) and Cook to start the battle on day three.

The left-arm fast bowler Wahab finished the day with commendable figures of two for 79 from 19 overs.