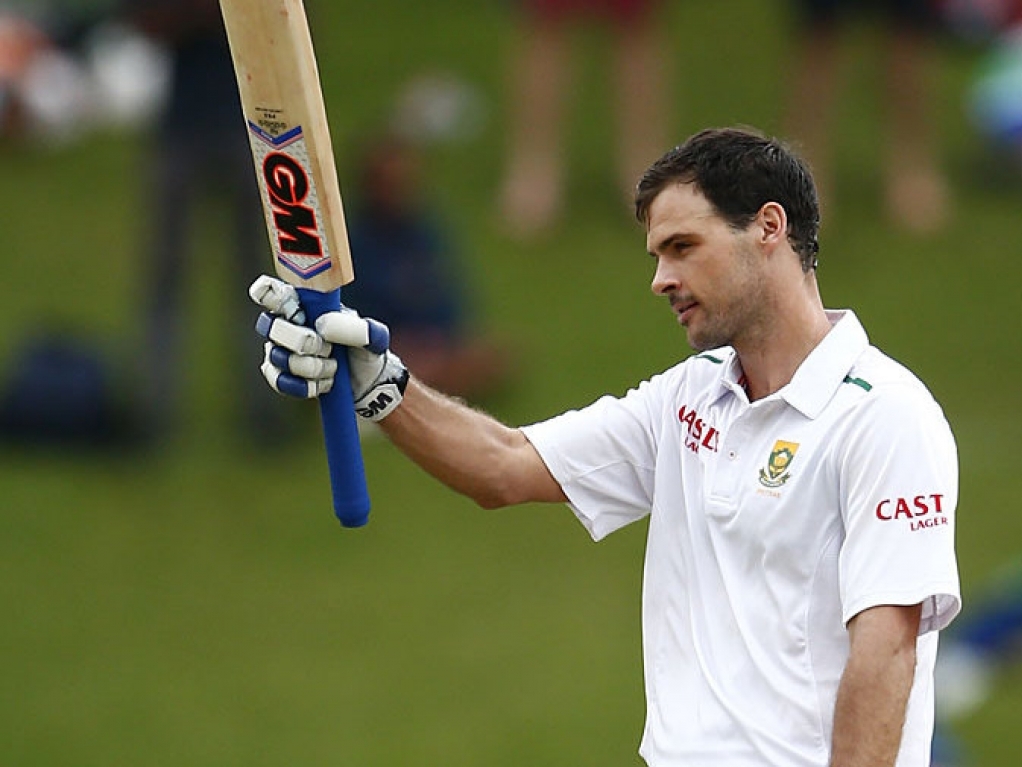 Stephen Cook became the sixth South African to score a century on Test debut while Hashim Amla notched up his 25th ton as the Proteas reached 329 for five at stumps on day one of the fourth and final Test against England in Centurion.

Debutant Cook (115) and Amla (109) put on a massive 202-run stand for the second wicket after captain AB de Villiers won a good toss.

At 237 for one it looked as if South Africa might only be batting once in this Test but a collapse of four for 37 soon put some spring in England's step.

South Africa's selectors made a wholesale five changes to the starting in a bid to salvage some pride in a shambolic Test series that they have already lost.

The fixture might well be a 'dead rubber' but as Proteas skipper AB de Villiers points out, "It is much better to lose two-one than three-nil." There is always something to play for when you haven't won a single Test match for over a year.

Cook was finally given the nod ahead of Stiaan van Zyl, De Kock regained the gloves from Dane Vilas, JP Duminy took Faf du Plessis' number five spot and Dane Piedt and Kyle Abbot came back into the side at the expense of Hardus Viljoen and Chris Morris.

It is a side that looks well balanced and will no doubt have the public asking why some of the changes weren't made before the series was lost.

Amla and Cook were dropped by keeper Johnny Bairstow when they were on five and 47 respectively and England were made to pay dearly for the errors.

Bairstow has been in fine nick with the bat but he has dropped catches in every Test and it would be no surprise if Jos Buttler was given a Test call up in the spring.

For much of the day England's bowlers looked as if they would rather still be playing golf at the exclusive Leopard Creek golf course near the Kruger Park, where they enjoyed a well-deserved break this week.

Seamer James Anderson (0-70) looked anything but threatening and Cook and Amla made merry on a humid and overcast day.

Ben Stokes was probably the pick of the bowlers and was the only one to extract much life from a fairly placid pitch where lapses in concentration helped batsmen to shorten their stay in the middle.

De Villiers was out for a very rare consecutive duck as he edged Stuart Broad to slip and JP Duminy was out LBW to spinner Moeen Ali playing a horrible leg side hoick.

Temba Bavuma (32*) and Quinton de Kock (25*) staged a tidy recovery from a quite shaky 273 for five to a rather handsome 329 for five as they each volleyed the new ball to the boundary rope several times during a most handy unbeaten 56-run partnership.

The forecast for the second day is hot and sunny and a large crowd is expected over the weekend. The sun will also help to quicken and then crack up the docile surface.

They will indeed hope that, for a change, South Africa's batsmen can make hay while the sun shines.