Cook, Markram give SA A a solid foundation 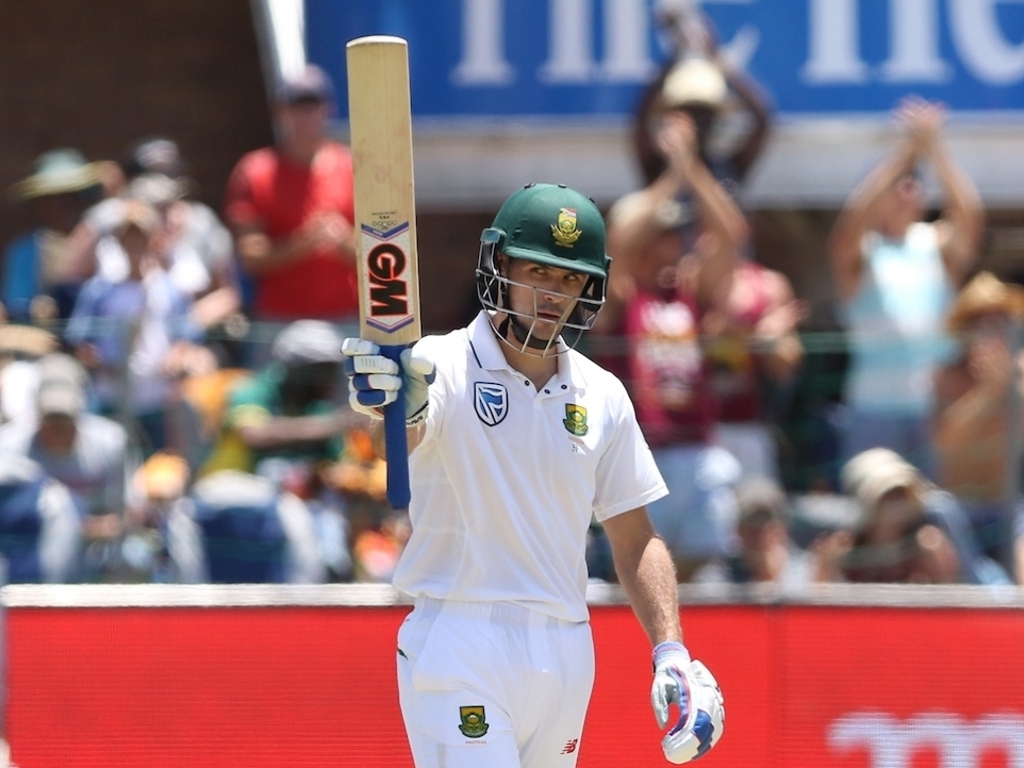 Stephen Cook and Aiden Markram shared a firm 167-run opening stand to give the South Africa A team a good start on Day One of the second and last four-day match at Senwes Park on Saturday.

The hosts are one-nil up in the two-match series.

Braving the biting cold weather in Potchefstroom, the pair did well to see off the new ball on a tough batting wicket after electing to bat first.

Cook, who was unlucky to miss out on what would have been a well-deserved century, fell on 98 (205 balls, 9 fours, 1 six) to Shahbaz Nadeem after Markram’s 73-run innings (145 balls, 6 fours, 1 six) was halted by Krishnappa Gowtham five overs prior.

While they would have been happy with the two breakthroughs at the end of the second session, the visitors would have been even more pleased with the further three that they took in the final session.

Gowtham (2/67) struck a second time when he bowled David Miller out for 13 and Jason Smith became the fourth wicket to fall just as South Africa reached 200 runs in the 71st over, trapped in front by Navdeep Saini (1/54). Nadeem (2/101) also claimed a second scalp, bowling Heinrich Klaasen out for seven.

Omphile Ramela (39*) and Andile Phehlukwayo (15*) knuckled down, sharing an unbeaten 51-run, seventh-wicket partnership to move the home side to 258/5 at stumps.