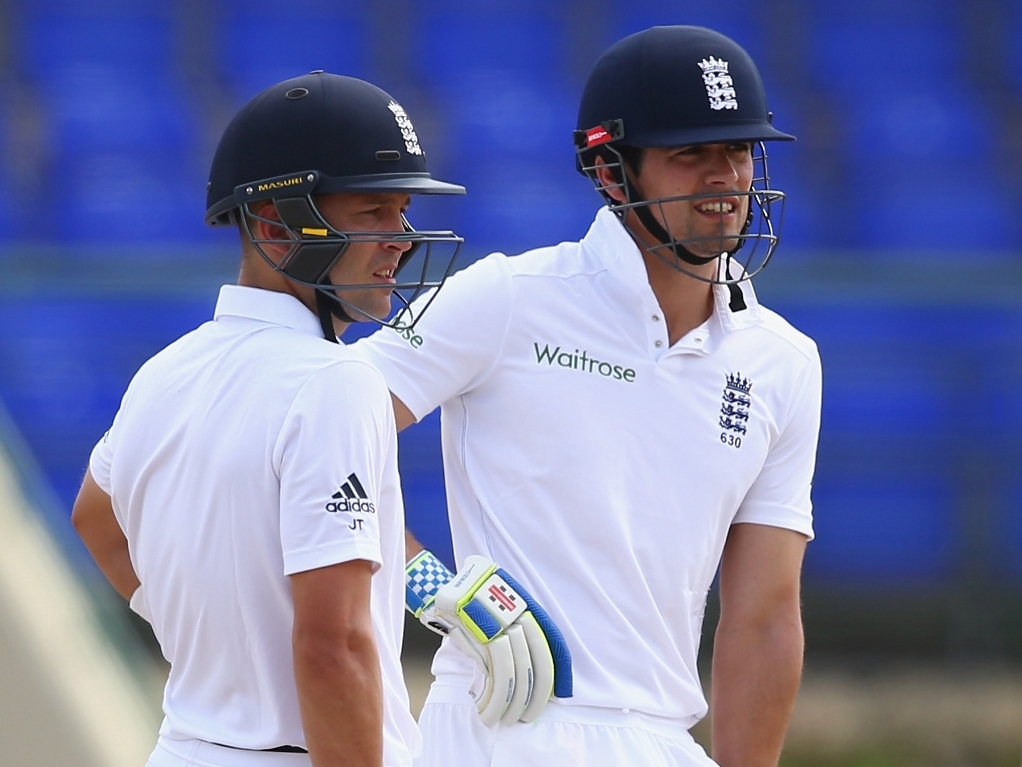 England captain Alastair Cook was able to get some time in the middle in their two-day warm-up match against St Kitts and Nevis, ending the first day on 95 not out, while Jonathan Trott was also able to get his eye in.

England had bowled first and removed the local side for just 59, as only three of their batsmen reached double figures. Cook and Trott then dominated for the rest of the day, as England reached stumps on 181 for one.

The St Kitts Invitational XI won the toss and opted to bat, but with none of their players boasting international experience to speak of, it was a soft entry into the Test series for the England bowlers as they all found a wicket.

Ben Stokes was the pick of the bowlers, taking three wickets at less than two runs to the over. He bagged Shane Jeffers and Ross Powell at the top of the order, and then Steve Libburd for a duck in the middle. Five batsmen were out for ducks.

Aside from Stokes, Chris Jordan and Stuart Broad bagged two wickets each, while Adil Rashid, James Tredwell and James Anderson all got one each. Jordan was the most expensive, going for 19 runs in his five overs.

Cook and Trott, reunited for the first time since the latter left the Ashes tour in late 2013, showed their experience and put on a stand of 158 over 51 overs. It was not exciting batting, but they wanted time in the middle and they got it.

Trott, fresh off a tour with the Lions, was the only England wicket to fall, out for 72 to Libburd. Cook thus advanced to his 95 alongside Gary Ballance, who was on nine off 31 balls at the close.

The first Test against the West Indies begins on 13 April in Antigua.