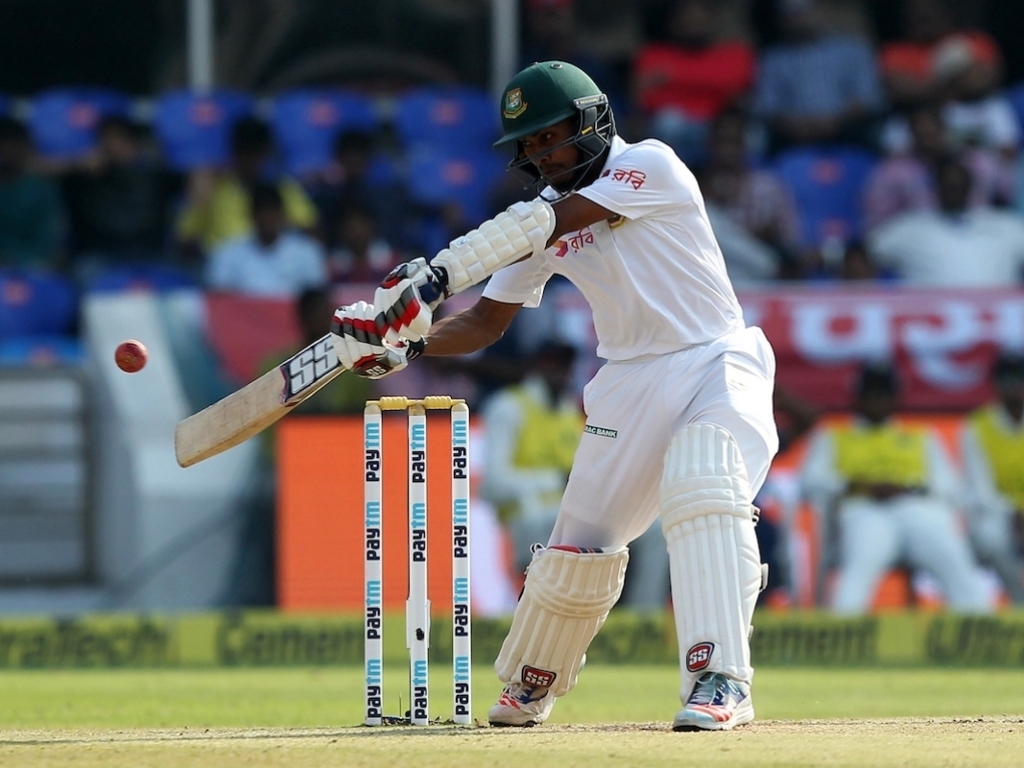 Facing a mammoth first innings total from India Bangladesh showed plenty of fight on day three of the one off Test in Hyderabad reaching 322/6 by the close.

They still trail India by 365 runs but will be encouraged by the fight they showed after lunch.

This came after the Bangladesh top order folded cheaply in the morning session with Bangladesh slipping to 125/4 by lunch.

Tamim Iqbal (24) was the first to go, run out pushing for a senseless second run early on the third morning.

Umesh Yadav trapped Monimul Haque leg before for just 12 before Ishant Sharma did the same to Mahmudullah (28).

Shakib-al-Hasan and his skipper Mushfiqur Rahim stepped up though taking Bangladesh well beyond lunch with their 107 run stand for the fifth wicket.

Shakib (82) fell just 18 runs short of what would have been his fifth Test century but the allrounder won’t be happy with the shot he played to gift his wicket to Ravichandran Ashwin he danced down the track, failed to get to the pitch of the ball and then attempted a lofted shot against the spin and succeeded only in finding mid-on.

Sabbir Rahman (16) wasn’t able to dig in either as he fell leg before to Ravindra Jadeja with Bangladesh left at 235 for 6.

The patient Mushfiqur and spinner Mehedi Hasan would show some excellent fight as they took Bangaldesh to the close.

Mehedi would score his maiden Test fifty ending the day on 51 not out while Mushfiqur would survive a blow on the right arm to close out the day unbeaten on 81.

Mushfiqur reached 3,000 Test runs off the penultimate ball of the day directly after being struck on the arm and receiving treatment he pulled Ishant to deep square leg fo four. He is the fourth Bangladesh batsman to reach the milestone.