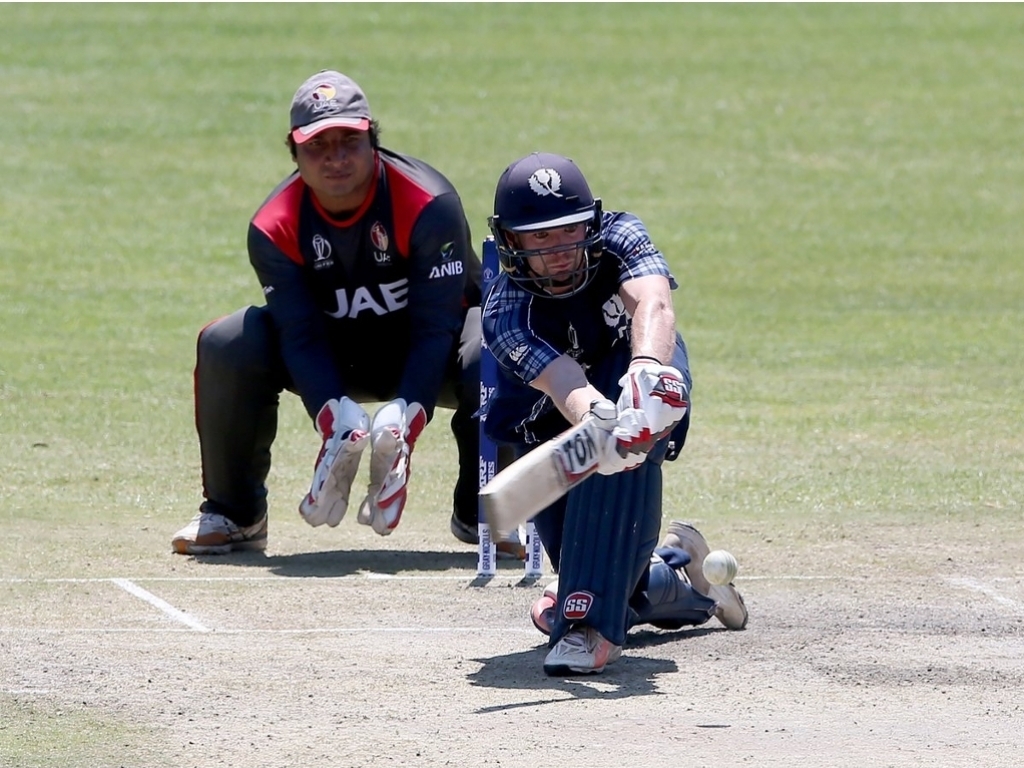 A brilliant knock of 114 off 135 balls set Scotland up for a 73 run win over the UAE that has sent them to the top of the World Cup Qualifier Super Six log.

Scotland and the Emiratis are the final remaining associate nations in the tournament that offers just two places at the 2019 World Cup.

After their win Scotland sit on top of the Super Six table with five points bringing three points out of their group having beaten Afghanistan and tied with Zimbabwe in the earlier round.

Scotland won the toss and elected to bat with Cross and skipper Kyle Coetzer (43) taking them to 68 for 1 with the latter being the chief aggressor.

It would be Cross and Calum MacLeod (78) though that would take the game away from the UAE with a 161 run second wicket partnership that set up a big finish. 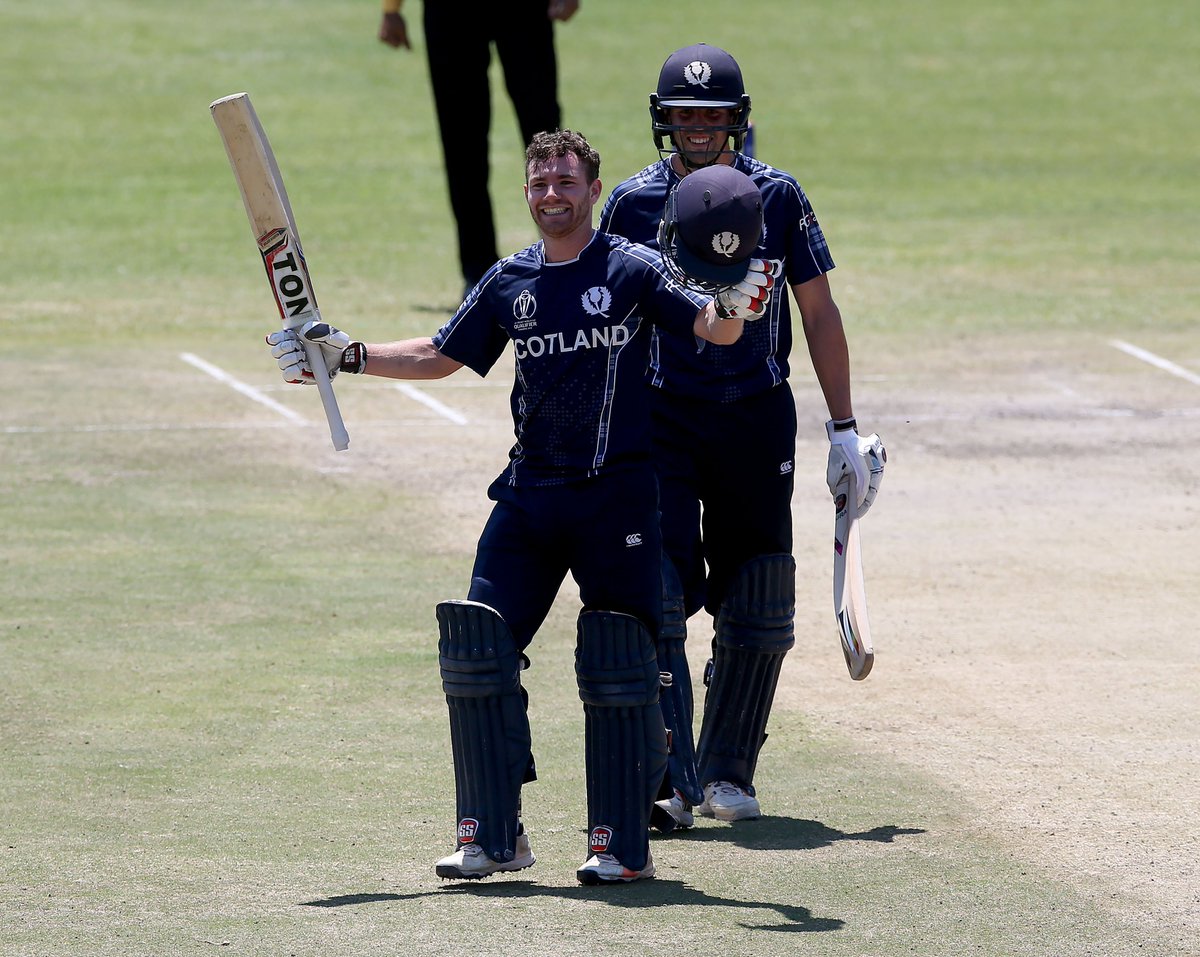 Richie Berrington (37*) and George Munsey (30) would do most of the hitting after the top order men fell in pursuit of quick runs.

Scotland posted an impressive 322 for 6 in their fifty overs and quickly had the UAE struggling in response.

Chris Sole (4/68) accounted for both of the Emirati openers with Rohan Mustafa (32) the first to go and they would slip from 62 without loss to 93 for 5 in the space of six overs.

Muhammad Usman (80) and Ahmed Raza (50) added some respectability to the score but in the end the UAE would be bowled out for 249 well short of the target.

Only the top two teams from the Super Six phase will qualify for the World Cup with no semi-finals to be played in this tournament.