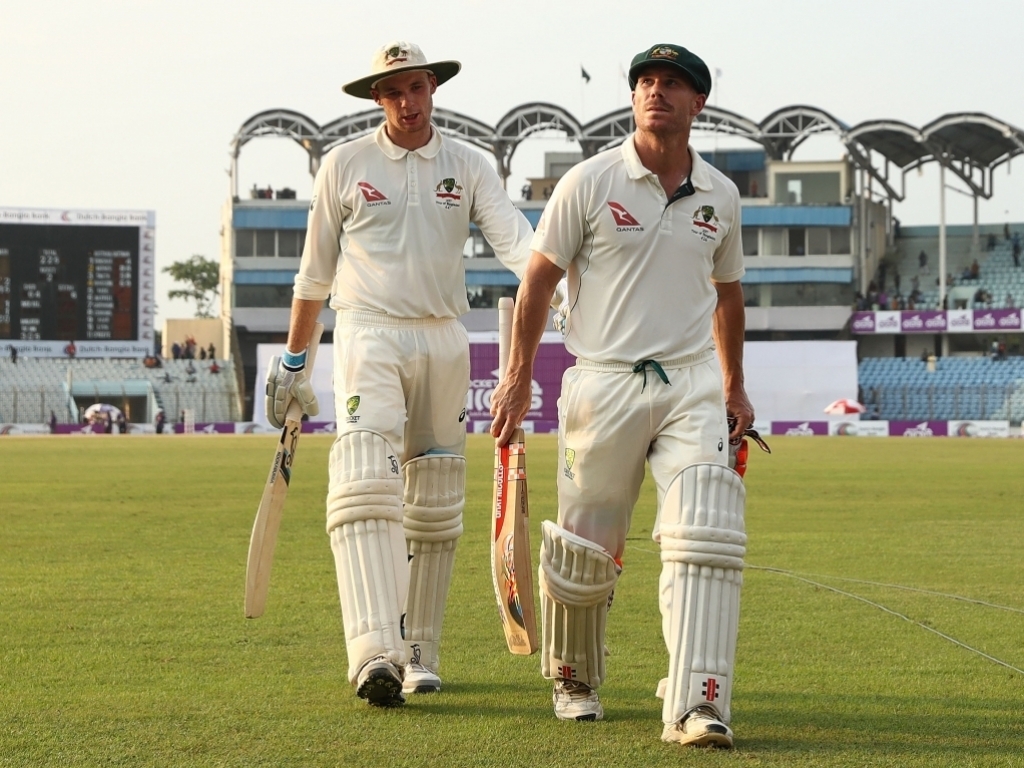 Australia took a significant step towards winning the second and final Test against Bangladesh in Chittagong with a splendid batting display on day two which left the Aussies only facing an 80-run deficit with eight wickets remaining.

David Warner, Steve Smith and Peter Handscomb struck half-centuries as the visitors reached 225/2 at stumps in reply to the home team’s first innings total of 305 all out.

After the early loss of opener Matt Renshaw (4), caught behind off seamer Mustafizur Rahman, Warner and captain Smith put Australia back on track with a stand of 93.

Smith fell for 58 when he was bowled through his gate by left-arm spinner Taijul Islam just before the tea interval, the Aussies going into the break on 111/2 after 34 overs.

Warner and Handscomb though batted superbly in the final session, curbing the Tigers’ slow-bowlers by constantly rotating the strike.

The left-handed Warner was unbeaten on 86 while Handscomb was 69 not out as both batsmen battled the extreme heat at the Zahur Ahmed Chowdhury Stadium.

Earlier, the hosts added 53 runs after resuming on their overnight score of 253/6.

Home captain Mushfiqur Rahim (68) could only add three runs to his score before he became off-spinner Nathan Lyon’s sixth victim of the innings.

Nasir Hossain though went on to score a vital 45 to make sure Bangladesh reach the 300-mark with solid contributions from tail-enders Mehedy Hasan (11) and Taijul (9).

Lyon wrapped up the innings to finish with superb figures of 7/94 from 36.2 overs as Australia strive to win the Test and draw the two-match series.