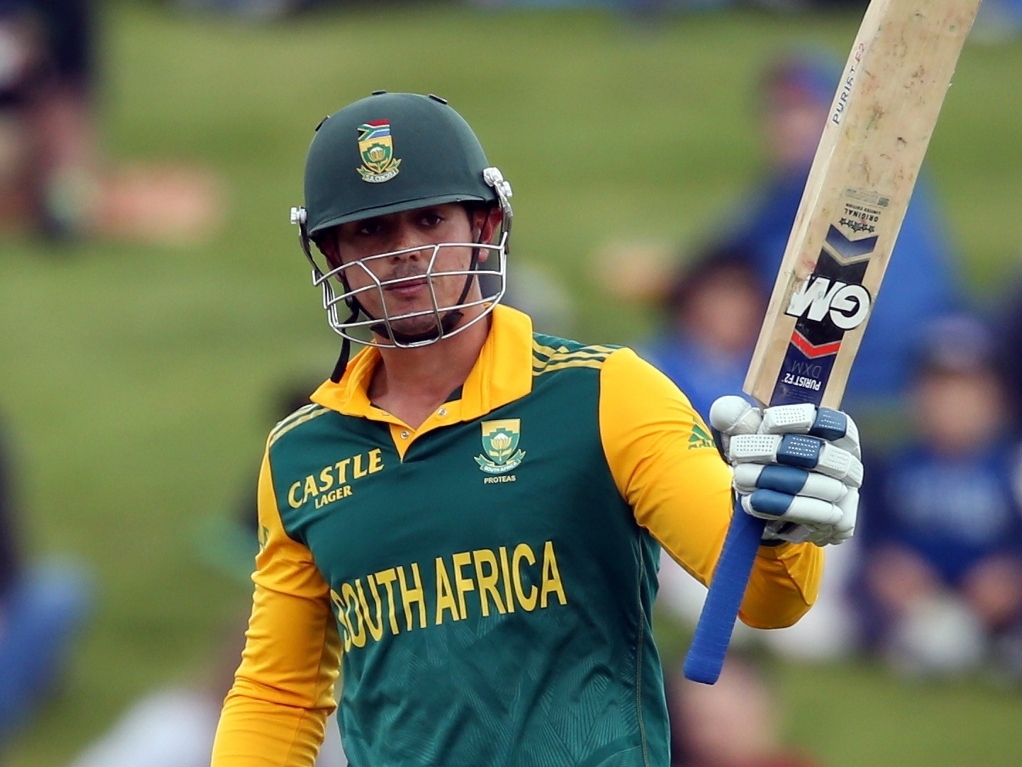 Quinton DE Kock completed back-to-back List A centuries before South Africa A came up short by 34 runs against India A in their final match at the Triangular Tournament in Chennai on Thursday.

South Africa had been set a mammoth target of 372 for victory and, in fact, had the virtually impossible task of having to reach it in 29 overs to overhaul India's superior net run rate and qualify for tomorrow's final against Australia A.

They thus finished the tournament without a win in their four matches but the big positive is that De Kock has returned to his best form (113 off 86 balls, 10 fours and 6 sixes in this match and a tournament average of 110 with a strike rate of 105).

On this form he can expect to be back in the mix for South Africa's tour of India which starts at the end of next month.

The other players to have advanced their claims to some extent have been Lonwabo Tsotsobe who seems to have put his injury problems behind him (he played all four matches and had the best economy rate for his side of 5.25) and Khaya Zondo.

Zondo has been by far the most impressive of the batsmen outside of De Kock. He did his best to fire a victory chase in the closing overs with his innings of 86 off 60 balls (7 fours and 5 sixes) and he has come out of the series with his side's second best batting average of 38.5 and a strike rate that is marginally superior to De Kock.

Reeza Hendricks and Dane Vilas both had disappointing series with the bat, only managing strike rates in the low 60s and, had Hendricks managed to accelerate better in his innings today (76 off 109 balls, 5 fours and 2 sixes), they might have pulled off a victory.

As it was they still had four wickets in hand when the match finished and only 35 needed. South Africa A now turn their attention to the two-match unofficial Test Series against India A next week.