Home Countries Australia De Silva and Chandimal to the rescue

De Silva and Chandimal to the rescue 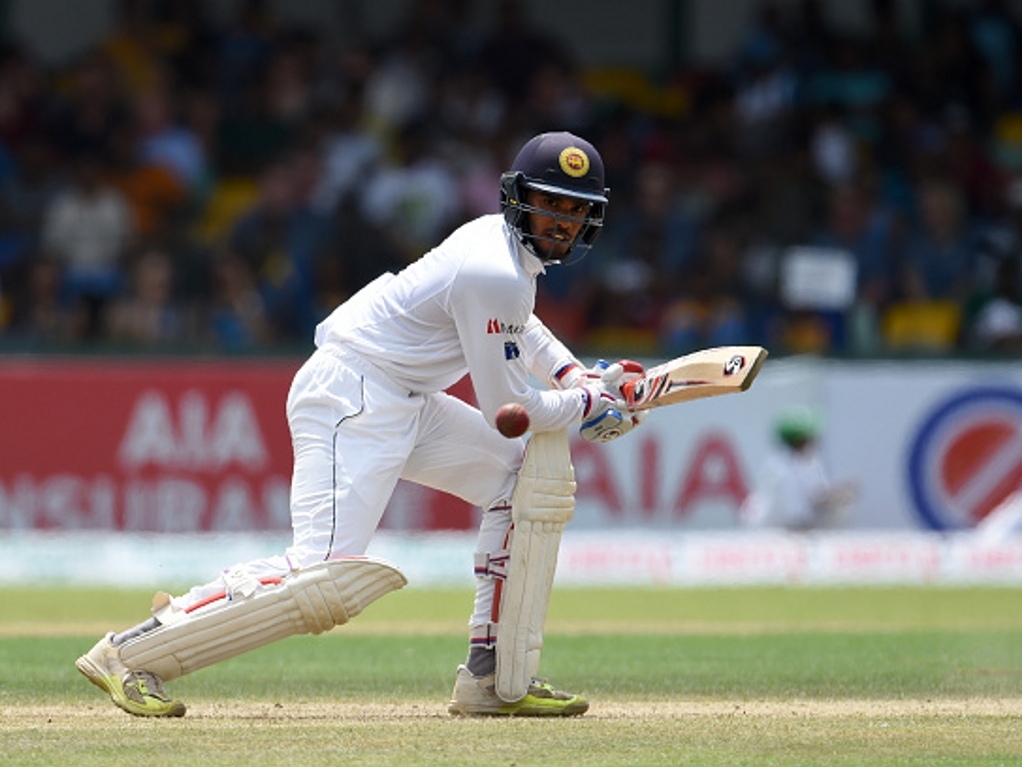 Dhananjaya de Silva and Dinesh Chandimal pulled Sri Lanka out of the fire on day one of the third Test against Australia in Colombo.

The pair came together in the morning session with Sri Lanka on the ropes at 26 for 5, but put on a spectacular 188 run unbroken stand to leave the hosts handily placed after the opening day.

De Silva scored his maiden Test century striking 16 fours on his way to a patient 116. His ton is only the second in what has been a low scoring series.

Chandimal recorded his first fifty of the series and served as an excellent foil for de Silva.

Mitchell Starc has been the stand out performer for the tourists in this series, and again proved tough for the Sri Lankan top order to handle, he got Kaushal Silva (0) early yet again before Nathan Lyon accounted for Kusal Perera (16) with Steve Smith taking both catches.

Dimuth Karunaratne (7) was dismissed by Starc for the fifth time in a row as the opener tried to drive the quick on the up and played on.

Starc was in the action again as Mathews was dismissed this time taking a catch off the bowling of Lyon as the skipper went for one.

The fearsome Starc took his 20th wicket of the series as Smith bagged his third catch at slip when Kusal Mendis flashed at one outside off. Starc ended the day with figures of 3/47.

A remarkable rescue act followed with Chandimal and de Silva batting 73.4 overs to see out the day without further loss leaving Sri Lanka 214 for 5 and very much in the driving seat.