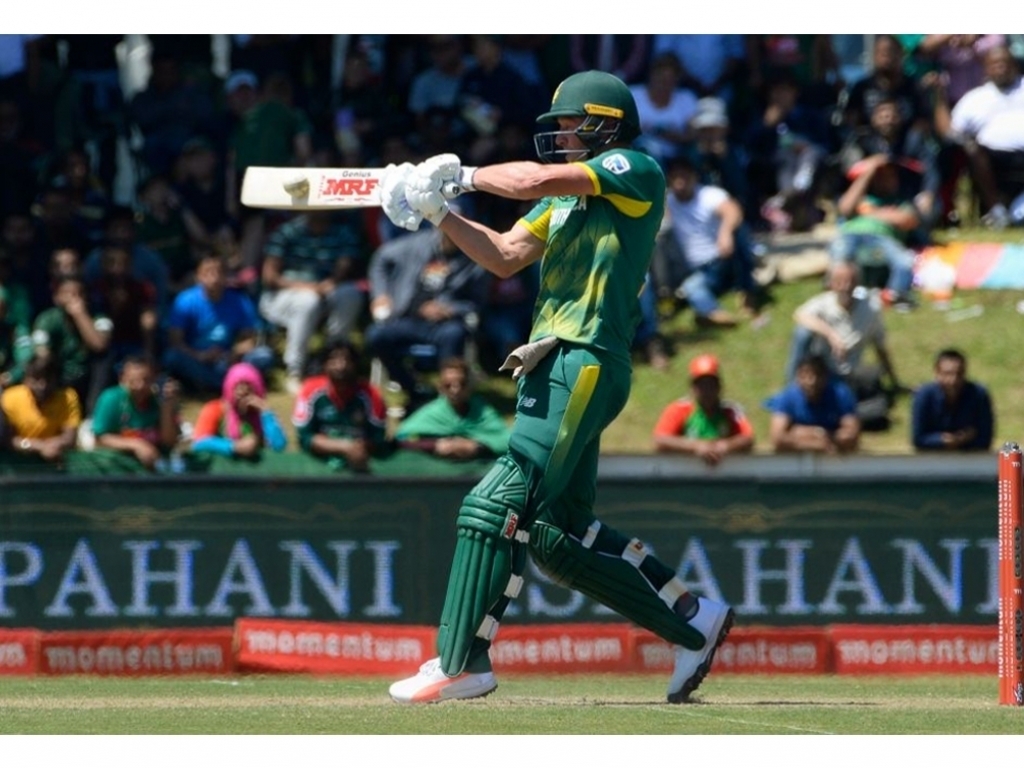 A stunning example of the brilliance of AB de Villiers was on display in the second ODI between South Africa and Bangladesh at Boland Park in Paarl.

Bangladesh won the toss and inserted South Africa with the pitch playing a little slow due to overnight rain.

Quinton de Kock and Hashim Amla resumed their prolific partnership at the top of the order becoming the all-time leading scorers among the Proteas ODI openers.

They put on 90 for the first wicket before De Kock (46) was trapped leg before by Shakib-al-Hasan.

Skipper Faf du Plessis missed out on the run glut as he was bowled by Shakib after just three balls for nought.

That brought De Villiers to the wicket and soon the tempo of the match switched up a gear.

The former skipper raced passed Amla, though the opener kept his own score ticking over steadily.

De Villiers would for the ninth time in his ODI career score a century is faster than 75 balls, more than any other batsman, with Virender Sehwag’s six the next highest.

Despite losing Amla (85) to a rather innocuous dismissal De Villiers pressed on putting on a century partnership with JP Duminy where the latter contributed just 20 runs.

Duminy would benefit from a dropped catch after skying one but the fielder never looked comfortable under it.

De Villiers fell in the pursuit of a big finish as would Duminy (30) and Dwaine Pretorius (0) who swung for the fence off his first ball but found only a boundary rider.

Imrul Kayes and Tamim Iqbal got the Bangladesh reply off to a rapid start hitting 44 in 7.4 overs before the latter was trapped leg before by Pretorius for 23, the seamer cleverly disguising a straight ball that hit the left-hander on the back pad.

Liton Das (14) wouldn’t last too long before he too was out leg before, he chose to review but the on-field decision was upheld.

Imrul and Mushfiqur Rahim batted superbly together causing a ripple of concern among the South African supporters and joy for the large groups of vocal Tiger’s fans.

After taking some stick from Imrul and Mushfiqur, Imran Tahir got his revenge dismissing the former for sixty.

Imrul won’t be too thrilled with the soft catch he offered to short cover to end a promising knock of 68.

That triggered a mini-collapse as Shakib (5) nicked off to Tahir before Mushfiqur (60) slashed at a wide one from Pretorius but couldn’t clear Duminy at point to leave Bangladesh struggling at 184 for five in the 34th over.

Those wickets blunted the challenge of the Tigers who seemed to lose interest in going after the bowling though Sabbir Rahman couldn’t resist a tossed up delivery from Tahir hitting it skyward and seeing it fall into the hands of Du Plessis.

Phehlukwayo (4/40) would then effectively run through the tail bowling Nasir Hosain (3) before trapping Mahsrafe Mortaza leg before not long after to leave the tourists 234 for 8, he then castled Mahmudullah (35) in the next over to accelerate the demise of Bangladesh.

Dane Paterson yorked Rubel to end the contest in the 48th over.

South Africa would win by 104 runs to take an unbeatable 2-0 lead in the three match series.