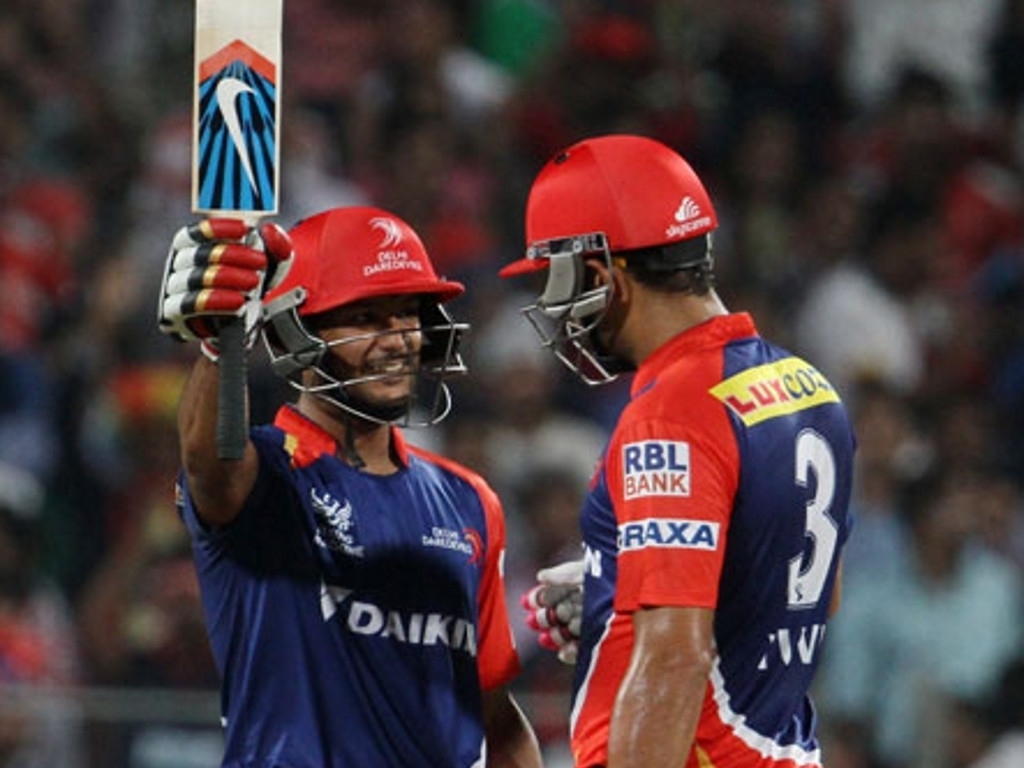 The Delhi Daredevils finally broke their string of IPL defeats, avoiding the infamous new record of 12, as they beat the Kings XI Punjab by five wickets on Wednesday, stopping the rot at 11 losses.

Some quality death bowling from Imran Tahir, who conceded just three runs in the final over and took two wickets, saw KXIP post 165 for seven. Delhi then chased that down with one ball to spare thanks to half tons from Yuvraj Singh and Mayank Agarwal.

KXIP won the toss and opted to bat, putting faith in their incredible top order to get big runs on the board, and initially that did appear to be the case. Virender Sehwag was the driving force at the top, and in the 14th over they had 104 runs.

'Viru' made 47 and Wriddhiman Saha made 39, before JP Duminy broke the partnership and the collapse began. The likes of Glenn Maxwell, David Miller and George Bailey were unable to capitalise, the first and last out to Tahir.

As such, the chase was a defendable one, and a score Delhi have failed to chase many times, but they were determined to avoid the dreaded record of most losses in a row, and Yuvraj used his experience to guide Agarwal along.

The early wickets to fall belonged to Shreyas Iyer, who made six, and Duminy, who added 21 off 19 balls. Yuvraj and Agarwal were both out near the end as well, the first for 55 and the latter for 68.

Things got a bit tight at the end though, as Delhi needed just three runs off the last over. They lost a wicket with the scores tied, and suddenly they needed one run off two balls. Angelo Mathews made sure of the winning single.

KXIP will be disappointed by Mitchell Johnson's effort, as he bowled his fur overs for 43 runs and no wickets.