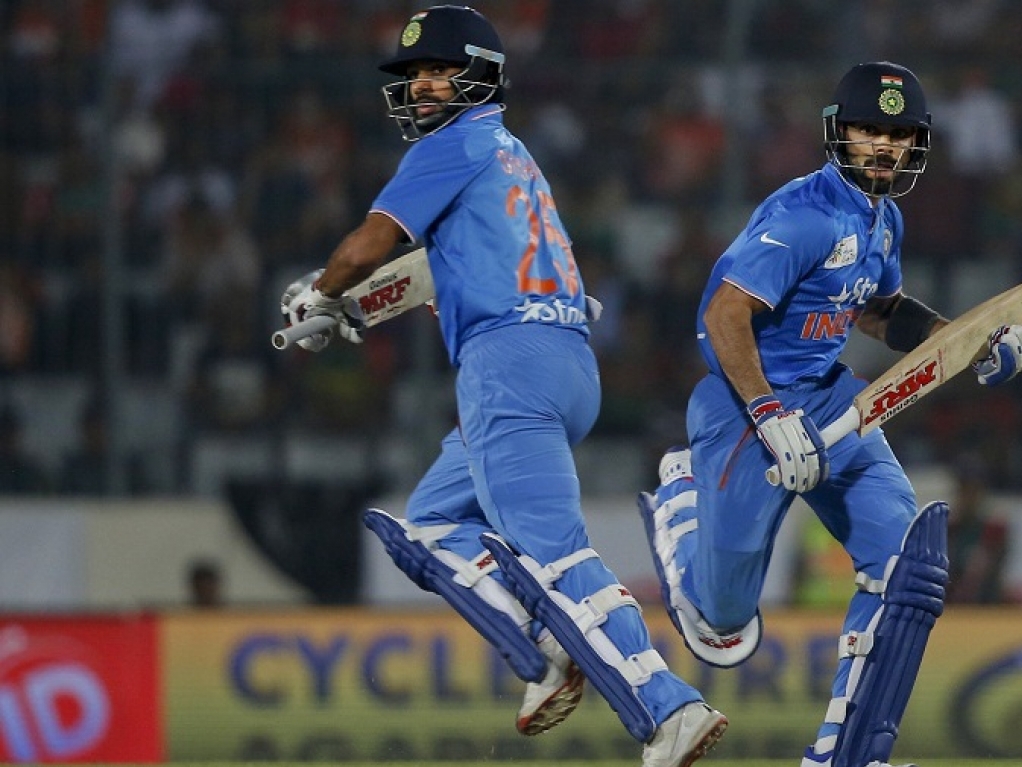 India won the Asia Cup on Sunday when they beat host nation Bangladesh by eight wickets, with 7 balls remaining, in a T20I, in a game that was reduced to 15-overs a side due to the weather.

Chasing a target of 121 for victory, India did not get off to the best of starts as they lost Rohit Sharma in the second over the innings with only fiver uns on the board.

Shikhar Dhawan and Virat Kohli steadied the ship with second-wicket partnership of 99 that saw India on the brink of picking up their sixth Asia Cup trophy.

Dhawan scored an invaluable 60 but was out with 22 runs still needed off the 14 balls as the capacity crowd at the Shere Bangla National stadium thought they were still in with a shout.

India captain MS Dhoni though quickly doused the home team's flames as he slammed 20 off just six balls as the visitors won off the second-last ball of the penultimate over.

Virat Kohli was unbeaten at the other end with a crucial knock of 41 from 28 balls as he and his skipper celebrated the victory.

Earlier, the Tigers were forced to bat first after Dhoni won the toss after rain forced the game to a late start with five overs taken off each innings.

Bangladesh posted a commendable 120 for five in their 15 overs with Sabbir Rahman scoring 32 not out but the stand-out batter for the hosts was Mahmudullah who struck an unbeaten 33 off just 13 balls to propel the innings to a decent total.

India though were to good and will take plenty of confidence into the World T20, starting on 8 March, which they will be hosting.