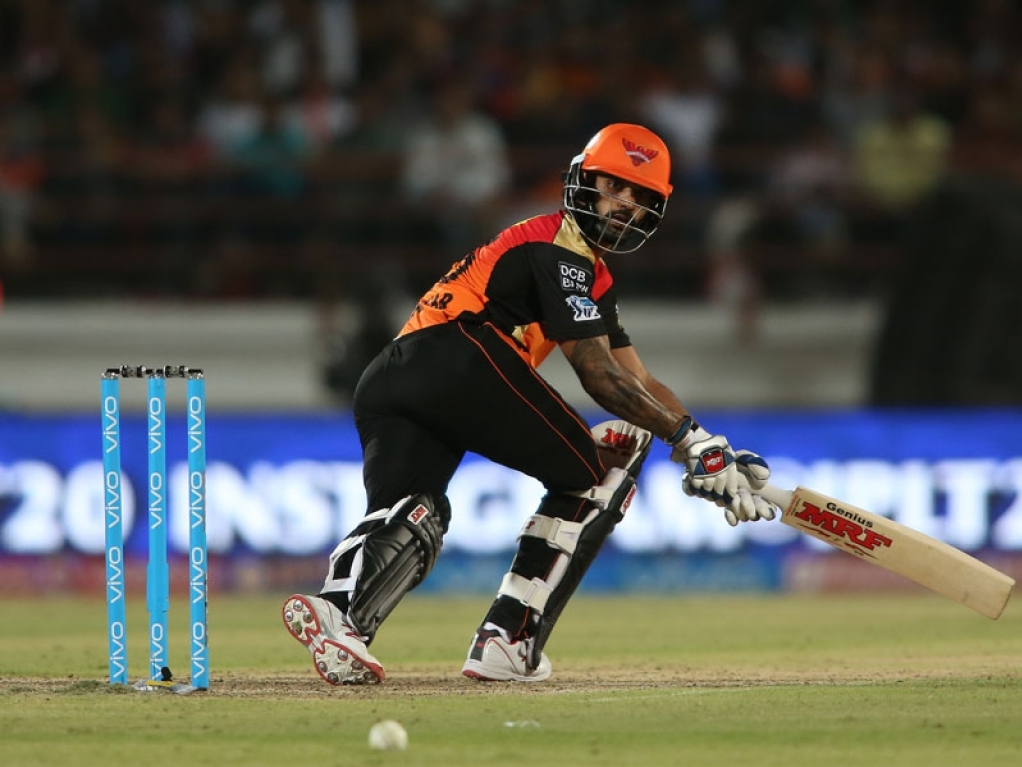 Shikhar Dhawan scored an unbeaten 82 and Ashish Nehra grabbed three early wickets to help the Sunrisers Hyderabad thrash the Mumbai Indians by 85 runs in the IPL on Sunday.

Opener Dhawan batted the entire innings as the Sunrisers posted a healthy 177 for three in their 20 overs after being sent in to bat by Mumbai Indians captain Rohit Sharma.

Sunrisers captain David Warner weighed in with 48 off 33 balls while Yuvraj Singh hit a quick-fire 39 from 23 balls to propel innings towards the end.

Most of the Mumbai bowlers faced punishment but offspinner Harbhajan Singh came away with respectable figures of four overs, two for 29.

Harbhajan showed some fight with the bat this time as he struck an unbeaten 22 but the rest line up disintegrated as only two other players got into double figures.

Mustafizur Rahman again impressed with the ball picking three for 16 in three overs at the back end of the game.