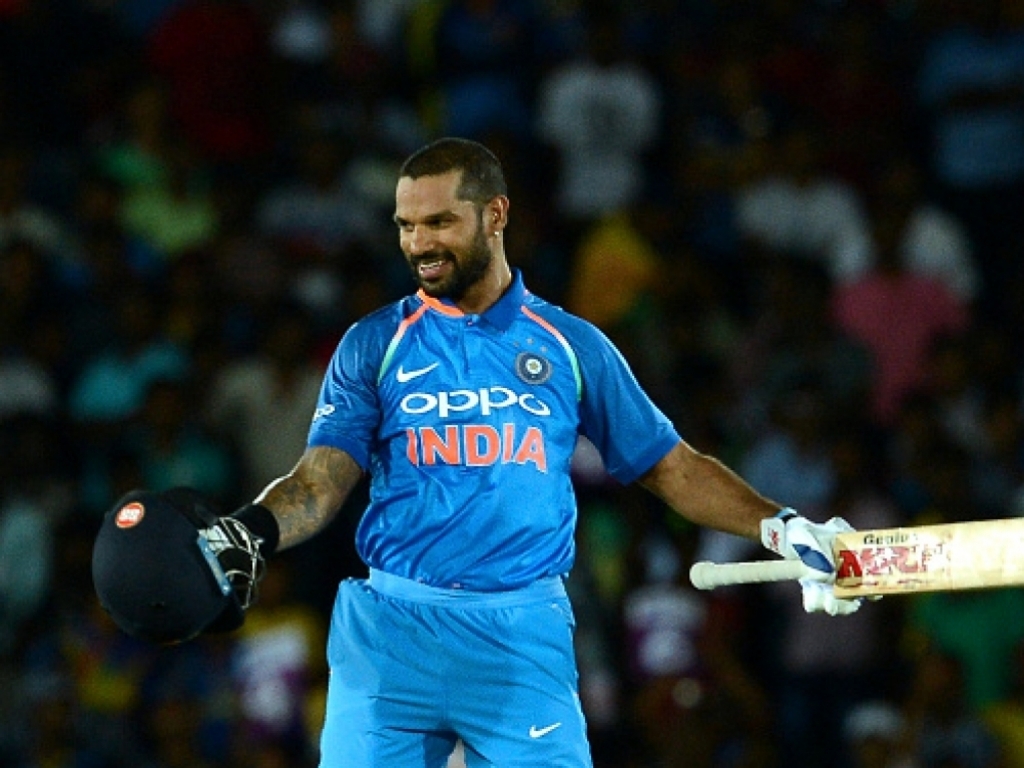 India took a one-nil lead in the five-match ODI series against Sri Lanka thanks to a comfortable nine-wicket victory in the first match in Dambulla on Sunday.

Chasing a below-par target of 2017, India got to their total with only one wicket down as opener Shikhar Dhawan struck a brisk century and captain Virat Kohli ended unbeaten on 82.

The left-handed Dhawan was 132 not out as the visitors reached their target with more than 20 overs remaining after the early loss of Rohit Sharma, who was run out for four in the fifth over.

Earlier, Sri Lanka, who were put in to bat by Kohli, got off to solid start with the bat as Niroshan Dickwella (64) and Danushka Gunathilaka (35) added 74 for the opening wicket inside 14 overs.

Kusal Mendis (36) continued the good work from the openers but India’s spinners took control thereafter and pinned the home team back, taking wickets at regular intervals.

Left-arm spinner Axar Patel was the pick of bowlers as he took 3/34 from his 10 overs while fellow slow bowler Yuzvendra Chahal and part-timer Kedar Jadhav accounted for two wickets apiece.

Seamer Jasprit Bumrah also took two wickets as Sri Lanka’s Angelo Mathews was left stranded on 36 not out as his team crumbled to 216 all out in the 44th over.

The home team will look to bounce back in the second ODI set to take place in Pallekele on Thursday.