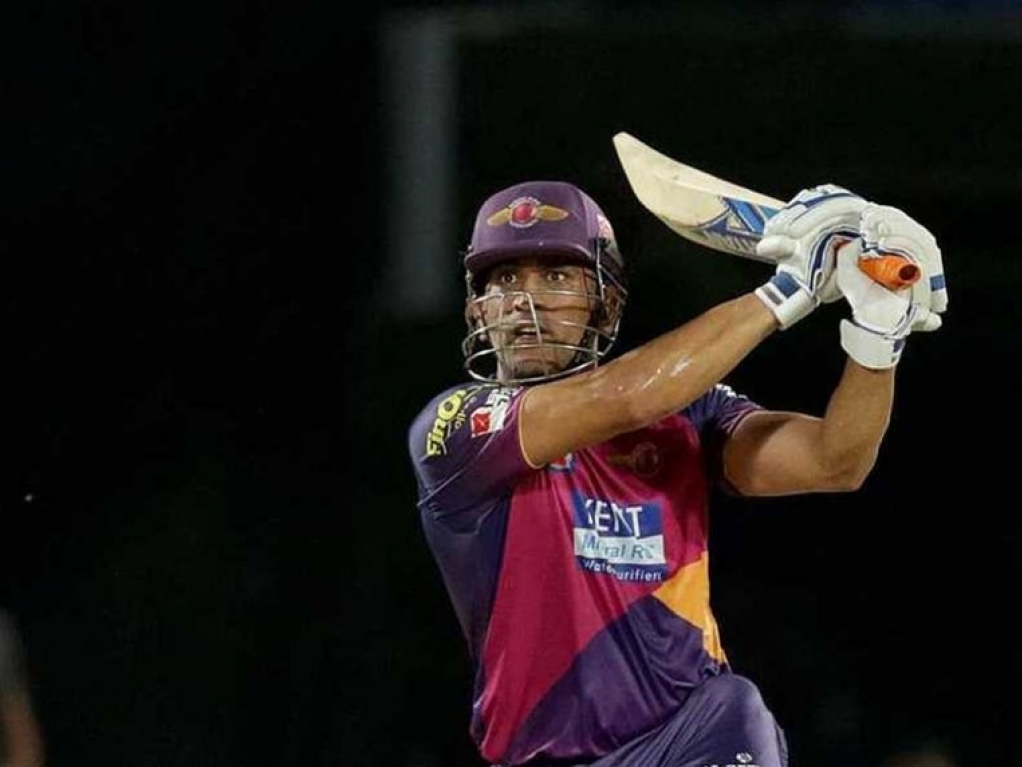 MS Dhoni smashed 23 runs off the final over to give the Rising Pune Supergiants a thrilling four-wicket victory over the Kings XI Punjab in the Indian Premier League on Saturday.

Chasing a target of 173 after the King s XI scored 172 for seven, Dhoni ended on 64 not out off just 32 balls to make sure his side did not finish in last place on the IPL table.

Opening batsman Usman Khawaja contributed a brisk 30 runs while Thisara Perera played an important innings of 23 from 14 balls to initially give the Supergiants hope.

Dhoni though was the ultimate hero, the India limited-overs captain hitting three sixes, including two off the final two balls, and a four in the last over to seal the win.

Vijay started the innings aggressively, making his way to 59 from 41 balls before he was bowled by spinner Ravi Ashwin in the 16th over.

Gurkeerat played well for his 51 off 30 balls but the Punjab innings was pegged back by Ashwin in the middle overs as the India slow bowler finished with figures of four for 34 in four overs.

The Kings XI finish the IPL campaign in last place having only won four of their 14 games while Pune did not are much better having won five matches all season.