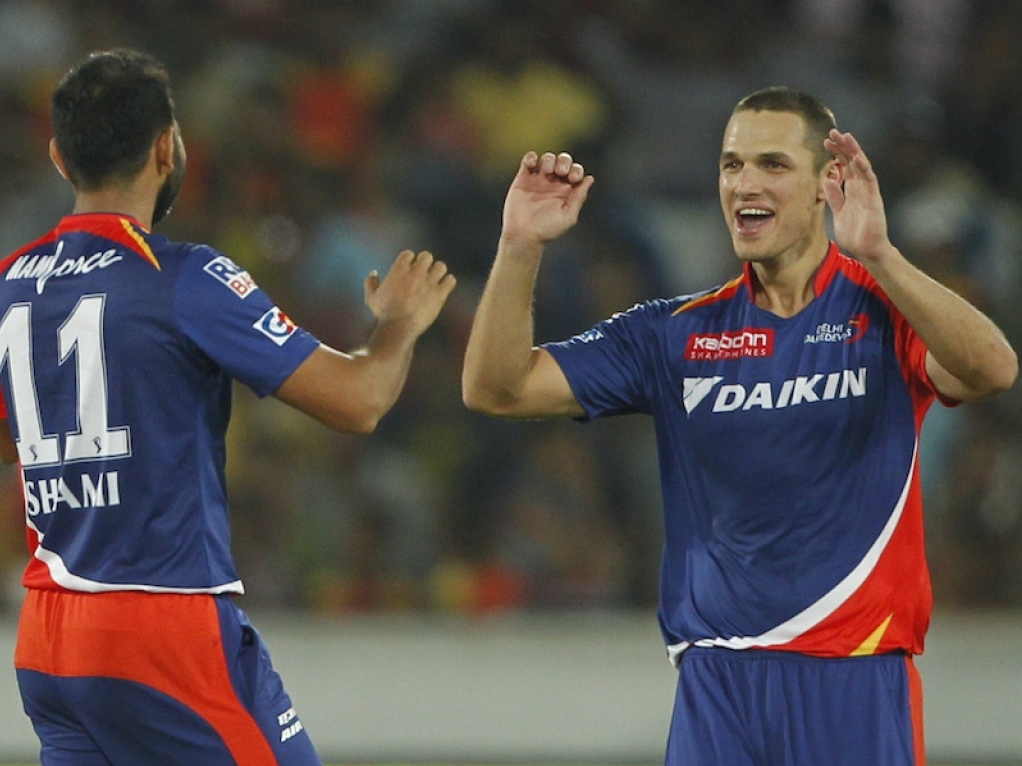 Seamers Nathan Coulter-Nile and Chris Morris – and a superb all-round batting performance – stood at the fore of the Delhi Daredevils' comfortable seven-wicket victory over the Sunrisers Hyderabad in Thursday's key Indian Premier League fixture at the Rajiv Gandhi International Stadium in Uppal.

Captain David Warner carried the Sunrisers to an inadequate total of 146 for eight in 20 overs. His standalone 46 featured six fours and one six. The innings, too, saw him become the eighth cricketer to reach 3,000 IPL runs. Coulter-Nile and Morris, meanwhile, were superb – and secured collective figures of three for 44 in eight overs.

Delhi's response was swift and reached the target with a mere three wickets lost – and 11 deliveries to spare. What opener Quinton de Kock's commanding 44 started, an unbeaten partnership of 72 between homegrown duo Rishabh Pant (39 not out) and Sanju Sansom (34 not out) duly completed.

De Kock was unfortunate not to reach, at least, 50. Umpire Marais Erasmus incorrectly gave the left-hander out caught behind – and quickly apologised to the batsman after errantly raising his finger.

"We had our up and downs. The back part of our bowling innings was very good. It was exceptional. I'm very happy with that. Chris, Nathan, Mohammed Shami – we were always banking on them to strike for us. They obliged, thankfully," enthused winning skipper JP Duminy.

"We were 20 to 30 runs short. The opposition bowled terrifically. Our batters didn't step up. One or two of our guys need to get stuck in and get going. We need to address that situation," said defeated captain David Warner.

The result carried Delhi to third in the eight-team standings, while the Sunrisers remain at the helm despite the loss.