Dominant Australia well on top at the Oval 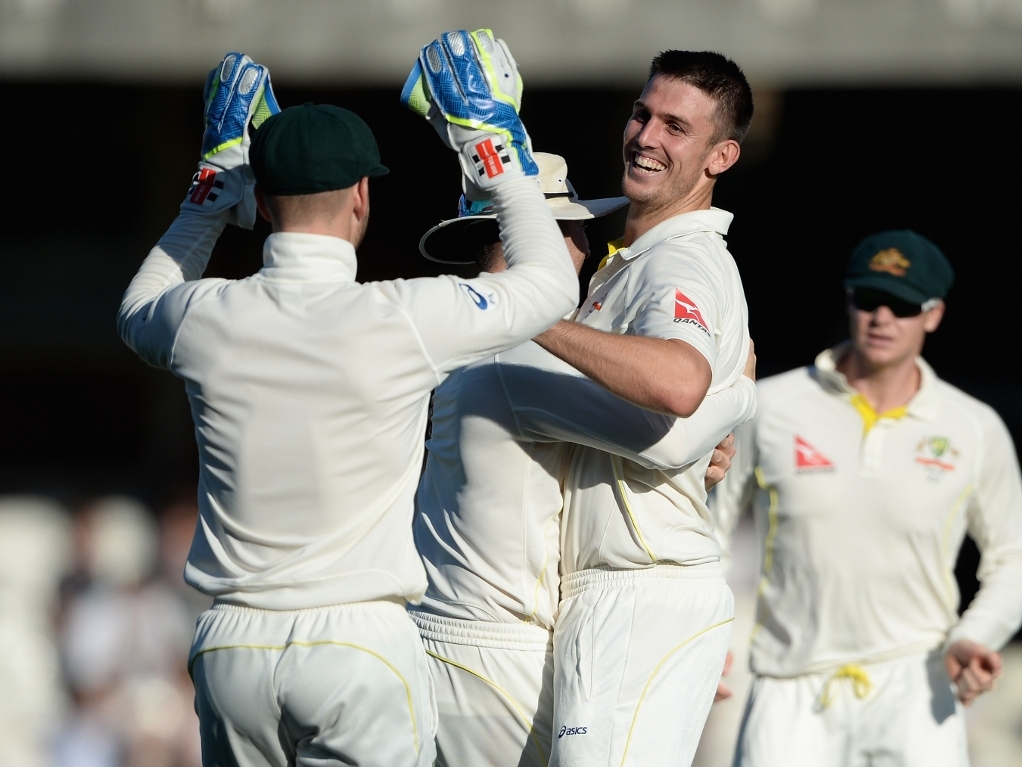 Australia found themselves well on top in the fifth and final Ashes Test at the Oval after reducing England to 107 for eight at stumps on the second day, the home side still 374 runs behind after the visitors posted 481 all out in their first innings.

The England batsmen fell to pieces as Australia allrounder Mitchell Marsh ended the day with figures of three for 18 from seven overs while returning seamer Peter Siddle and spinner Nathan Lyon took two wickets each.

England captain Alastair Cook was the first wicket to fall when he was bowled by a beautiful offspinning delivery by Lyon. Bowling around the wicket to the left-hander, a well flighted ball pitched on middle and leg and hit the offstump.

The wicket of the home side's skipper, for 22, was the trigger for a major collapse as no other batsman reached 20. Marsh and Siddle, who came in for his first Test since last year December, found the right length on a good batting pitch.

Earlier in the day Australia racked up a big score after Steve Smith scored 143 while Adam Voges and Mitchell Starc added half-centuries.

Resuming the day on 287 for three, with Smith on 78 and Voges on 47, the two not out batsmen extended their partnership to 146 before Voges was lbw to Ben Stokes for 76.

The two put on 91 for the ninth wicket in just more than 15 overs before the tourists were eventually all out. England spinner Moeen Ali, medium-pacer Stokes and fast bowler Steven Finn all took three wickets.

Australia look like they will be giving their skipper Michael Clarke and opening batsman Chris Rogers a fitting farewell after both announced they will be retiring from international cricket after this match.