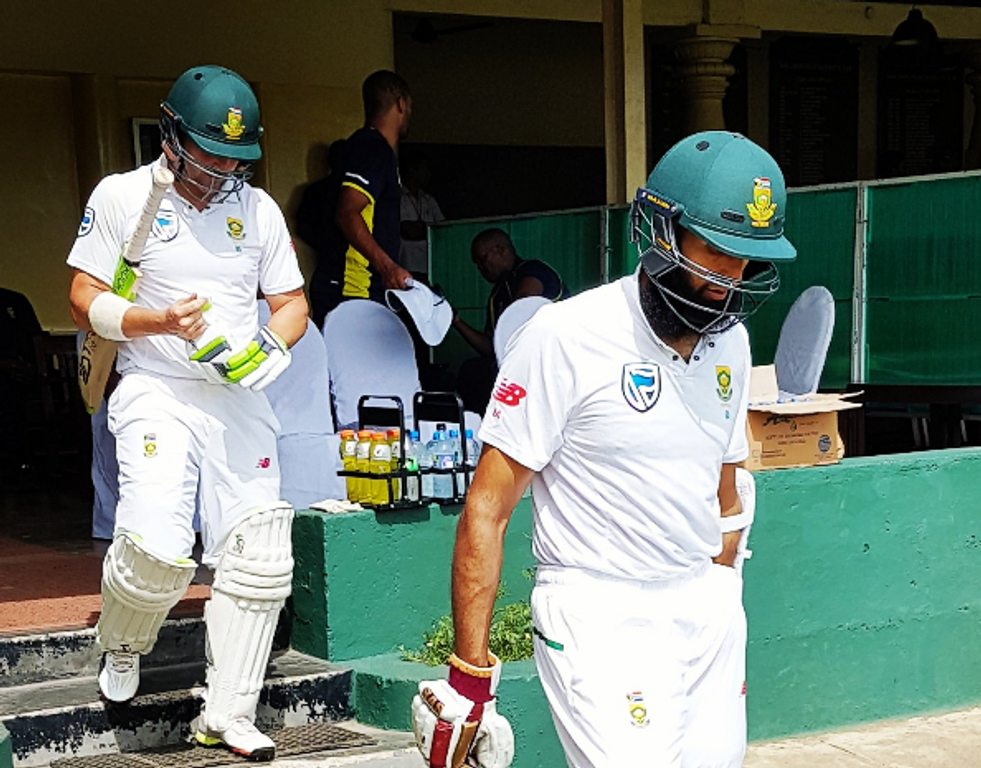 Captain Faf du Plessis, Temba Bavuma and Hashim Amla all made half-centuries as the Proteas were 338 all out on the second and final day of the two-day warm-up clash against a Sri Lanka Board XI in Colombo.

With this being the only middle practice ahead of the first Test which starts in Galle on Thursday, the Proteas’ batsmen wanted a solid workout ahead of the more important engagements on tour.

ALSO READ: Shamsi the star on tough day for the bowlers

Du Plessis top-scored with 79 while Amla made his way to 78 off 114 balls before retiring to give others a chance to bat.

The Proteas management will be pleased to see that Bavuma got some runs and valuable time at the crease as he scored 58 off 103 deliveries.

Bavuma is set to bat at number four in the first Test, a position that has be filled after the sudden retirement of AB de Villiers.

Opening batsman Dean Elgar made 43 but what will be of concern to the Proteas is that they collapsed from 223/3 to be 338 all out before the match was called off.

Aiden Markram (0) and Quinton de Kock (2) both failed with the bat while Theunis de Bruyn (11) did not put pressure on the top-order with any meaningful runs.

The bowlers got a good workout on the first day as they bowled the hosts out for 287 after spending 78.2 overs in the field.