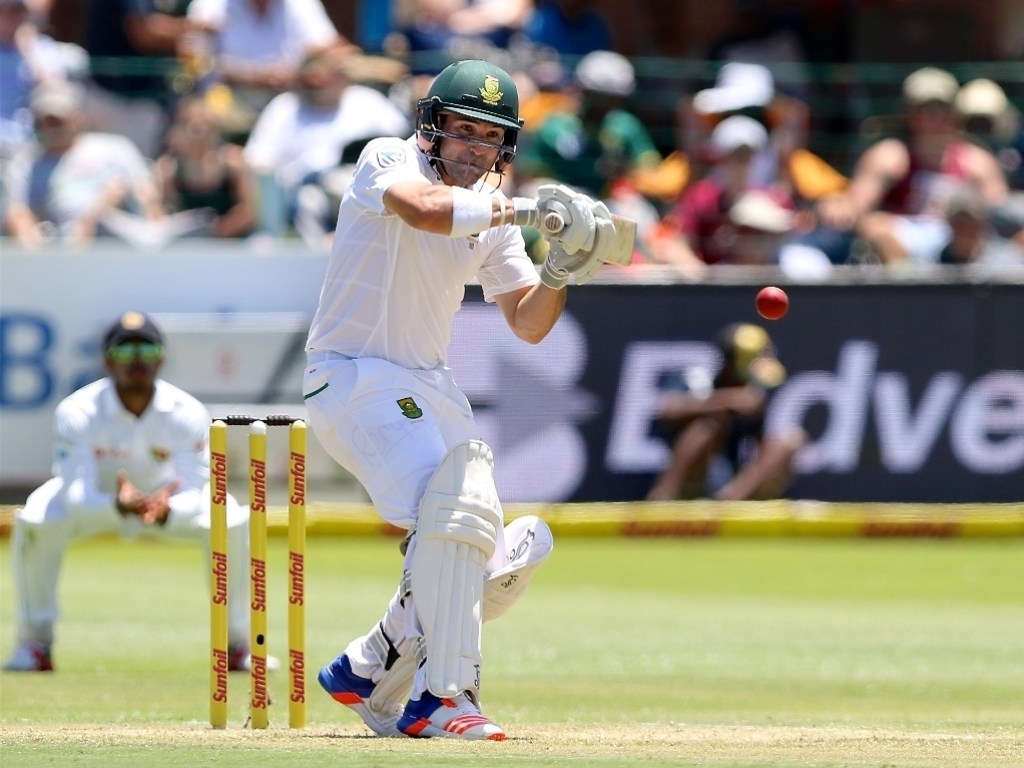 A resolute Dean Elgar (129) helped South Africa recover from a rocky start to ensure a very even first day of the New Year’s Test at Newlands.

The hosts will resume proceedings on day two with the score on 297 for six.

Angelo Mathews won the toss and elected to bowl first under uncharacteristically heavy skies and on a pitch with a great deal more green grass than is customary in Cape Town.

The ball swung and seamed and while Elgar stood firm, the rest of the top order did not.

Cook (0) nicked off to Lakmal in the first over and Hashim Amla (29) survived 67 deliveries before he was bowled by the quick 19-year old Lahiru Kumara.

JP Duminy (0) then became Kumara’s second victim and at 69 for three the visitors went to lunch satisfied with their decision to bowl first.

The weather cleared up nicely after lunch and Table Mountain showed herself off to the crowd as Elgar and du Plessis (38) put on 74 runs for the fourth wicket.

They were patient and a subdued crowd, perhaps still a little tender from New Year’s celebrations, absorbed the action quietly.

Rangana Herath, who has been spinning webs around Test batsmen since the last millennium, was called into action late in the second session and it was not long before the South African skipper chased a wide one and edged it to slip. At tea the score was 147 for four.

Local hero Temba Bavuma (10) didn’t keep Elgar much company and at 169 for five South Africa were in a spot of bother before Quinton de Kock (68 not out) upped the ante and scored freely in the warm sunshine.

He and Elgar, who also freed his arms a bit and played some beautiful pull shots, added 103 runs in 24 overs for the sixth wicket. Elgar’s ton was especially well received by a woken-up crowd who were witness to more runs in the third session than in the first two combined.

Elgar was caught off Lakmal at slip half an hour before the end of the day but his effort certainly saved South Africa from what might well have been a meagre total.

297 for six represents a par score and Sri Lanka find themselves in a competitive position in this mismatched series where the Proteas are generally expected to win all three games easily.

The forecast is pure sunshine for the rest of the Test and the visitors will likely be batting when this pitch is at its best. Another full crowd is expected on day two of what promises to be a fight of a Test match.