Elgar holds Proteas together at Kingsmead 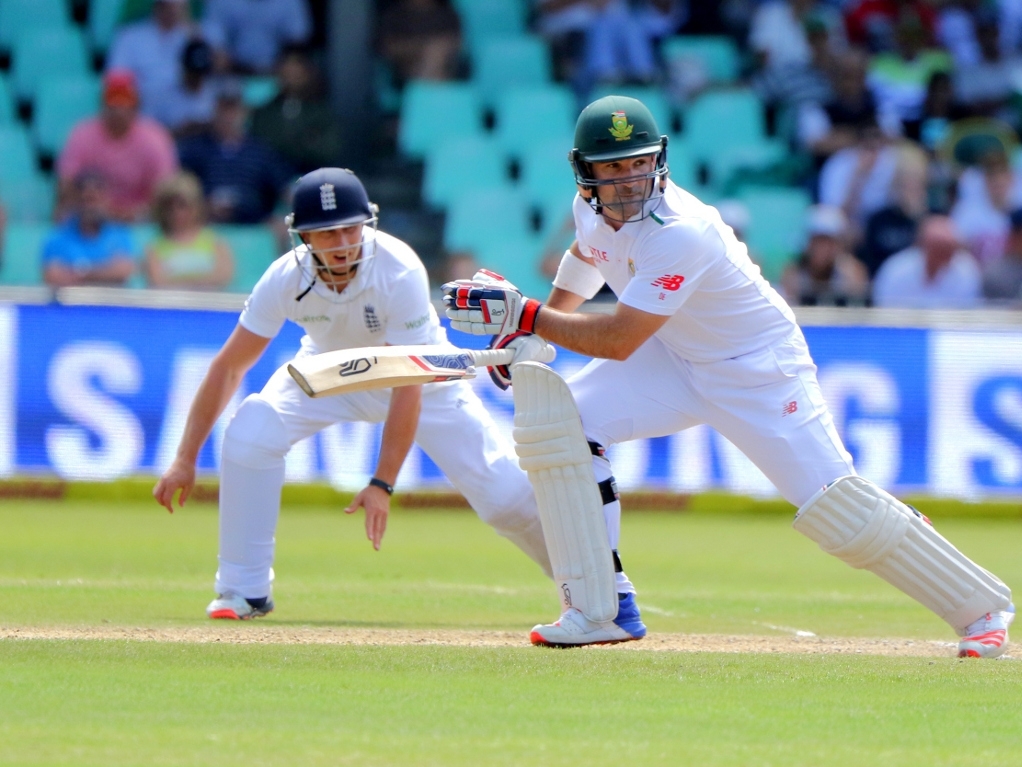 Opening batsman Dean Elgar held South Africa's batting innings together with an unbeaten 67 as the hosts reached stumps on day two of the first Test against England on 137 for four, in reply to the tourists first innings total of 303 all out.

The sun shone on a contest that is as well balanced as it is entertaining and while the Proteas will draw some satisfaction from participating in a closely fought Test match, it is perhaps the visitors who have their noses in front.

Morne Morkel was the star of the morning session as England lost four wickets for 20 runs on their way to a stuttery 303.

The lanky fast bowler might have made light work of England's competent tail, and the visitors would indeed have expected a few more when they were 247 for five, but the visitors find themselves in a position from which they may be able to dictate the terms of the remainder of the match.

Nick Compton's resolute 85 was ended by an uncharacteristically loose attempted pull off Morkel that was bottom-edged to de Villiers behind the stumps.

Compton's comeback to the Test side could not have come at a more welcome time for his team after the openers had failed under heavy skies on the first morning.

With discipline and patience, he anchored the innings and was England's first hero of the series.

Stuart Broad (three for 16) would prove to be the visitors' next hero as he disposed of the out-of-form Stiaan van Zyl (0) and Hashim Amla (7) and then got the big breakthrough when he found the edge of the very much in-form AB de Villiers (49).

Moeen Ali (one for 45) was slow to make any impact on the mostly predictable surface but he ripped one with a bit of extra turn that beat the bat of Faf du Plessis (2) and kissed the top his bails, 113 for four and suddenly it was the home side that was very much on the back foot.

Elgar was joined in the middle by a very careful Temba Bavuma, who was sent in ahead of JP Duminy, and the pair made it to stumps without further incident.

Elgar's innings has not been dissimilar to Compton's and whether he is able to convert the score into something really meaningful will have a great bearing on this match.

The Proteas' batting woes cannot be ignored. Van Zyl must surely be sent back to his franchise to rediscover the feeling of leather on willow and Riley Rossouw, the only other batsman in the squad, looks likely to make his debut at the top of the order in Cape Town.

Neither Amla nor Du Plessis has scored a run for some time and there is no quick fix to that conundrum. Amla might not have considered giving up his captaincy before but it would be no surprise if the thought enters his head as he tosses and turns in bed tonight.

There is still plenty of cricket left in this match yet. The pitch has been true but offers that little bit of something to the seamers, especially with the hard new ball.

This series always promised to be a cracker and it has not let us down so far.