Home News Elgar piles on the runs in Maritzburg

Elgar piles on the runs in Maritzburg 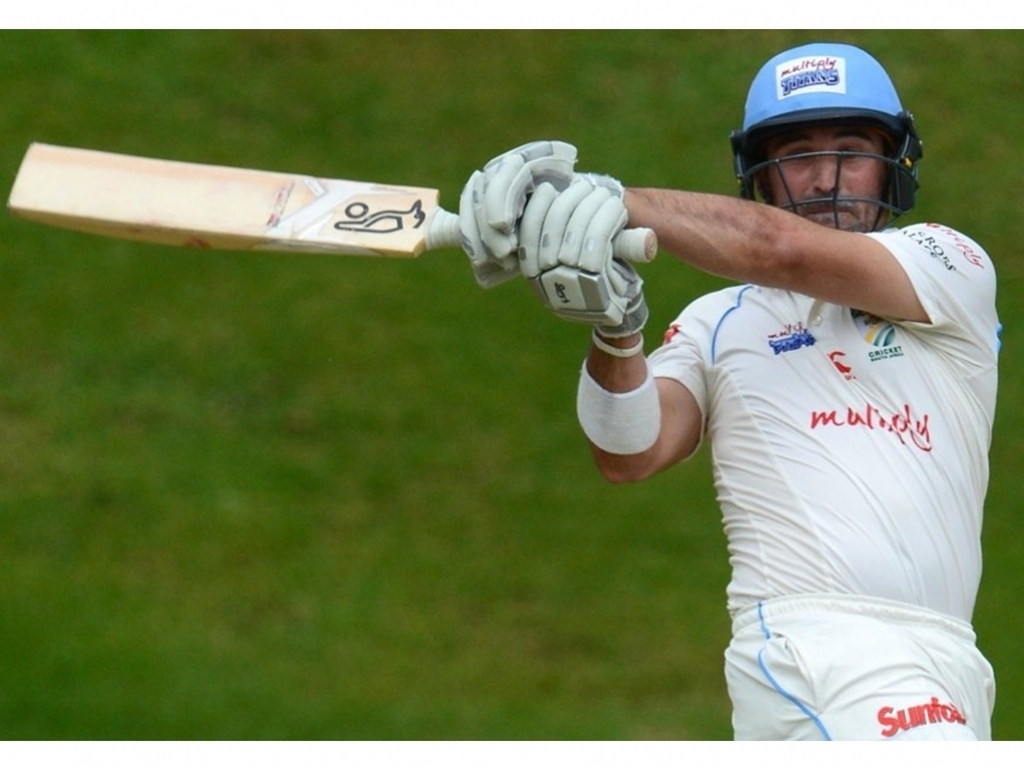 The second day of the Sunfoil Series clash between the Dolphins and the Titans at the Pietermaritzburg Oval followed a similar pattern as the first with the bat dominating the contest on Tuesday.

The Titans resumed their innings on 205/2 with opener Dean Elgar unbeaten on 88 overnight and he continued his rich vein of form on Tuesday, notching up a solid double century, 237 not out.

He was well assisted by his wicket-keeper Heinrich Klaasen who also went past three figures, scoring 111 before he became Kerwin Mungroo’s first franchise victim.

The pair kicked on from where the Titans had ended proceedings on Monday when they racked up a third wicket partnership of 239 valuable runs.

Following the loss of Klaasen the rest of the Titans batsmen were in search of quick runs before the inevitable declaration and Corbin Bosch, Jonathan Vandiar and Henry Davids all fell cheaply trying to up the scoring rate.

Shaun von Berg joined Elgar at the wicket and he hit two boundaries before captain Aiden Markram declared his teams’ innings closed at an imposing 500/6.

Elgar’s knock just showed how he has become the leading run scorer in test match cricket in 2017, and his over nine-and-a-half hour stay at the wicket has put his side in a formidable position going into the final two days.

Dolphins captain Khaya Zondo decided to take the ball and have a bowl himself which proved to be fairly fruitful as he snapped up two Titans wickets for 52 runs in his nine overs.

Senuran Muthusamy was the pick of the bowlers taking 2/65 in 25 overs, while there were wickets for seamer Mungroo and off-spinner Prenelan Subrayen.

The Dolphins’ innings didn’t get off to the start that they would have wanted when they lost the wicket of SJ Erwee for 13 when he was caught by the wicket-keeper Klaasen off the bowling of Bosch.

Senuran Muthusamy (16*) and the in-form Vaughn van Jaarsveld (11*) then dropped anchor for the hosts until bad light once again forced the close of play seeing their side to 47/1.

The Dolphins face a deficit of 470 runs going into the final two days of the contest.