England battling to save Lord’s Test 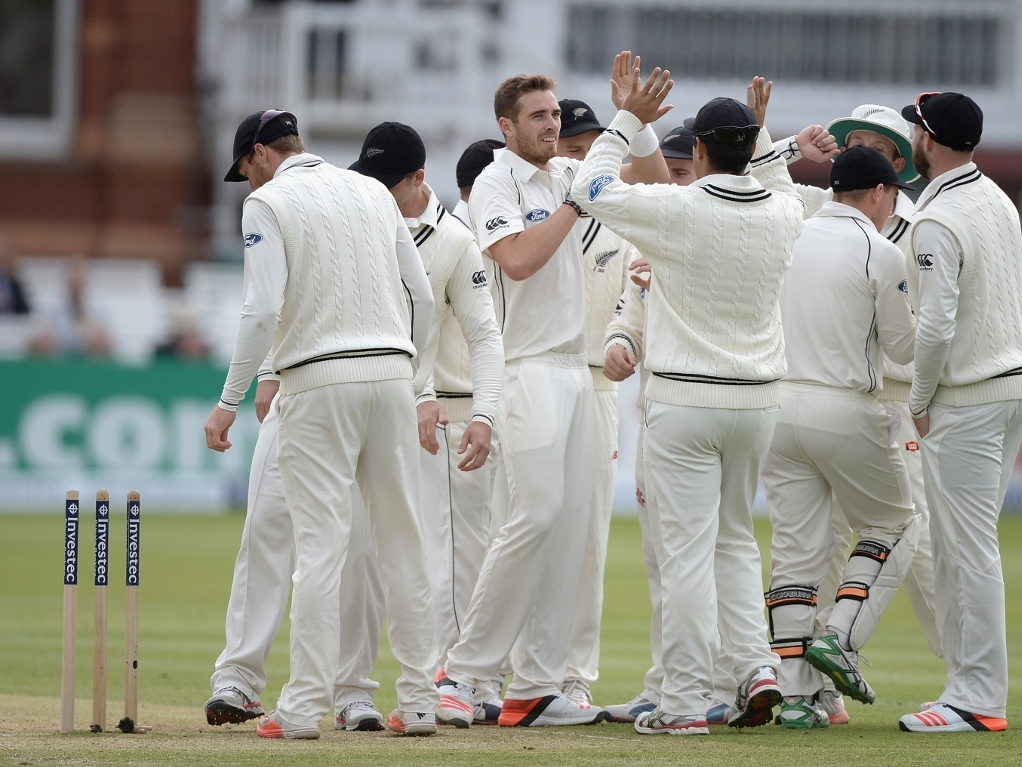 England were battling to save the first Test against New Zealand at Lord's as they were 74 at two at stumps on the third day, still 60 runs behind making the visitors bat again.

The visitors resumed on 303 for two, with Kane Williamson on 92 and Ross Taylor on 47, and Williamson wasted no time as he quickly reached his 10th Test century in the morning session. Taylor also went to his fifty as the pair extended the partnership to 189.

Taylor was the first to go, for 62, when he was strangled down the leg side and was caught by keeper Jos Buttler. Skipper Brendon McCullum came in and typically attacked the bowling.

He scored 42 in just 35 balls before he became seamer Mark Wood's first victim in Test cricket. Wood, now with his tail up, accounted for Corey Anderson but BJ Watling was determined to stick around keep Williamson company.

The pair put on a fifty partnership but Williamson was out for a brilliant 132 when he was caught at short-leg off the bowling of spinner Moeen Ali. Two balls later Moeen trapped Mark Craig lbw as the Black Caps slipped to 470 for seven.

Watling hit a few lusty blows with the tail-enders to take the lead past 100, and was stranded on 61 when the last wicket fell to Stuart Broad. The Black Caps were 523 all out in reply to England's total of 389.

Facing a deficit of 134, England got off to the worst possible start when Adam Lyth was caught at second slip for 12 in the third over, Trent Boult the bowler. Things got even worse for the home side when Tim Southee bowled Gary Ballance for a duck to leave the Three Lions in trouble on 25 for two.

Senior players, captain, Alastair Cook and Ian Bell added an unbroken stand of 49 for the third wicket but will need much more on the fourth day if England are to have a say in this Test.