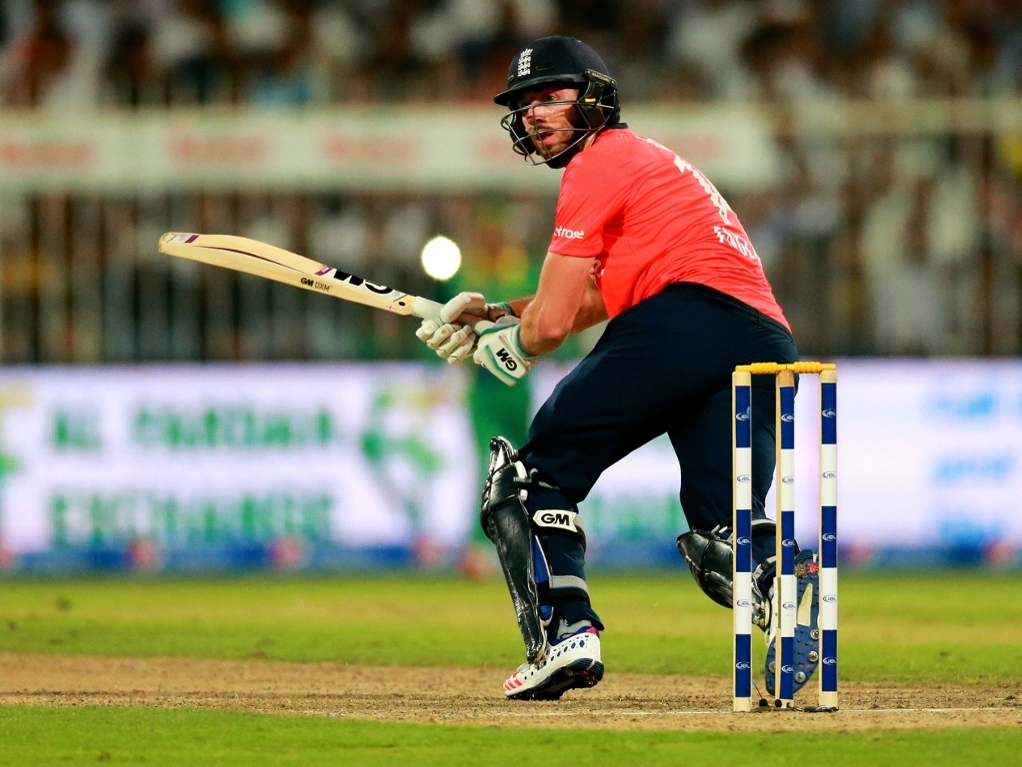 England beat Pakistan in a Super Over eliminator following a tie to complete a 3-0 series whitewash in the third and final T20 International at Sharjah.

Eoin Morgan's men had already wrapped up the series win in Dubai on Friday, so Pakistan were only playing for pride.

Winning the toss and choosing to bat for the third time in succession, England lost opener Jason Roy from the very first ball of the match after Aamer Yamin trapped the right-hander in front.

Joe Root came to the crease and smashed 32 runs off 22 deliveries before being bowled by Shahid Afridi, with Mooen Ali following in quick succession.

Morgan made 15 runs before he departed, and Joss Buttler and Sam Billings didn't really trouble the scoreboard either.

Only the seventh-wicket stand between James Vince and Chris Woakes helped lift England to a decent total, the duo combining for a valuable 60-run partnership that lasted until the final over, lifting their side to an eventual 154/7.

Pakistan's reply got off to a rocky start as the top three found themselves back in the pavilion for only 11 runs, but No 4 batsman Shoaib Malik would produce a superb knock to keep the men in green in the match.

Combining with Mohammad Rizwan and Afridi, Malik brought Pakistan to within one run of the total, holing out to Billings from Woakes' penultimate ball of the innings for a well-played 75 from 54 balls.

That left Sohail Tanvir needing two runs from the final ball for victory, but he could only manage a bye as the two teams finished tied on 154, and it was left to the Super Over eliminator to decide the contest.

Woakes stepped up again for England and produced a peach of an over, neutralising both Umar Akmal and Afridi to concede just three runs, dismissing the former off the final ball.

That left England needing four runs to win from their Super Over, and though Afridi did pretty well to restrict Morgan and Buttler to just two runs from the first four balls, Morgan would pick up the two additional runs needed for the win from the fifth delivery, driving it down the ground and sliding in for the second run as Anwar failed to collect the throw.