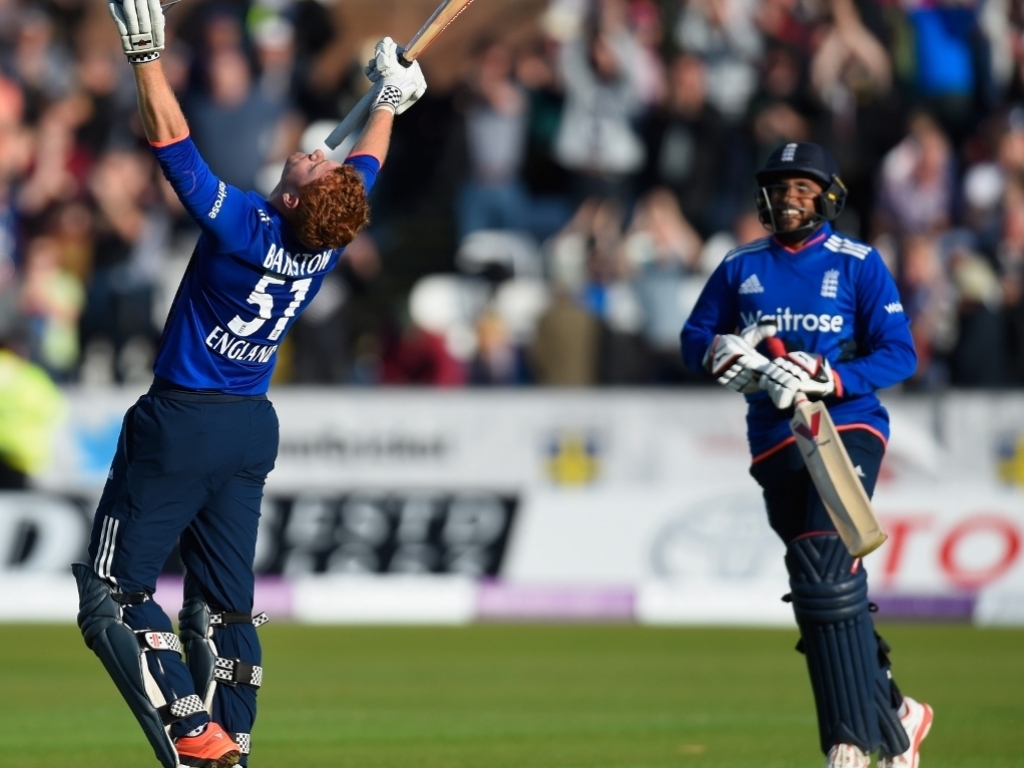 Duckworth-Lewis threatened to have the last say, but England's batsmen produced a superb chase to claim a nailbiting three-wicket victory over New Zealand and win the series 3-2.

New Zealand batted first on a grey day in Durham, and set about their innings in a slightly more sedate fashion than in previous matches in the high-scoring series.

Martin Guptill was solid at the top of the innings as he made 67, as was Kane Williamson, who made exactly 50, and Ross Taylor, who added 47, but the English bowlers kept chipping in with wickets at oppurtune times to keep the scoring rate in check.

Still, New Zealand were 101/2 after 20 overs and 150/3 after 30, and looking on course for 300 plus, but with Steven Finn, Ben Stokes, David Willey and Adil Rashid all taking wickets, their charge was effectively contained in the last 10 overs.

Only Ben Wheeler's 39 not out off 28 deliveries helped the Black Caps to 283/9 off their 50 overs – a challenging total, though certainly gettable considering what had transpired in the series so far.

New Zealand's innings was interrupted by rain, and there would be lots more rain during the break, delaying England's chase and eventually reducing the target.

When things finally got under way again, England were tasked with chasing down 192 off 26 overs thanks to the Duckworth-Lewis method.

A tricky challenge on a rainy evening in Durham, and it soon looked as if the Kiwis would have the last laugh.

Mitchell Santner struck three times in his first two overs to leave the home side reeling on 20/3. That soon became 45/5 as Andrew Mathieson and Wheeler also got in on the act.

In a flash, England's top five were back in the pavilion, and they still needed 150 runs – in quick time.

England needed a couple of heroes, and they found them in Jonny Bairstow and Sam Billings. The duo combined for an 80-run partnership in a little over nine overs to put England within in reach of victory.

Billings would fall for 41 off 30 balls, as would the arriving David Willey, but Bairstow stayed the course, smashing the Kiwis around the park to chase down the total with a full six balls to spare.

Bairstow would finish on 83 not out off 60 deliveries, a true match-winning innings as England clinched the three-wicket victory and the series.