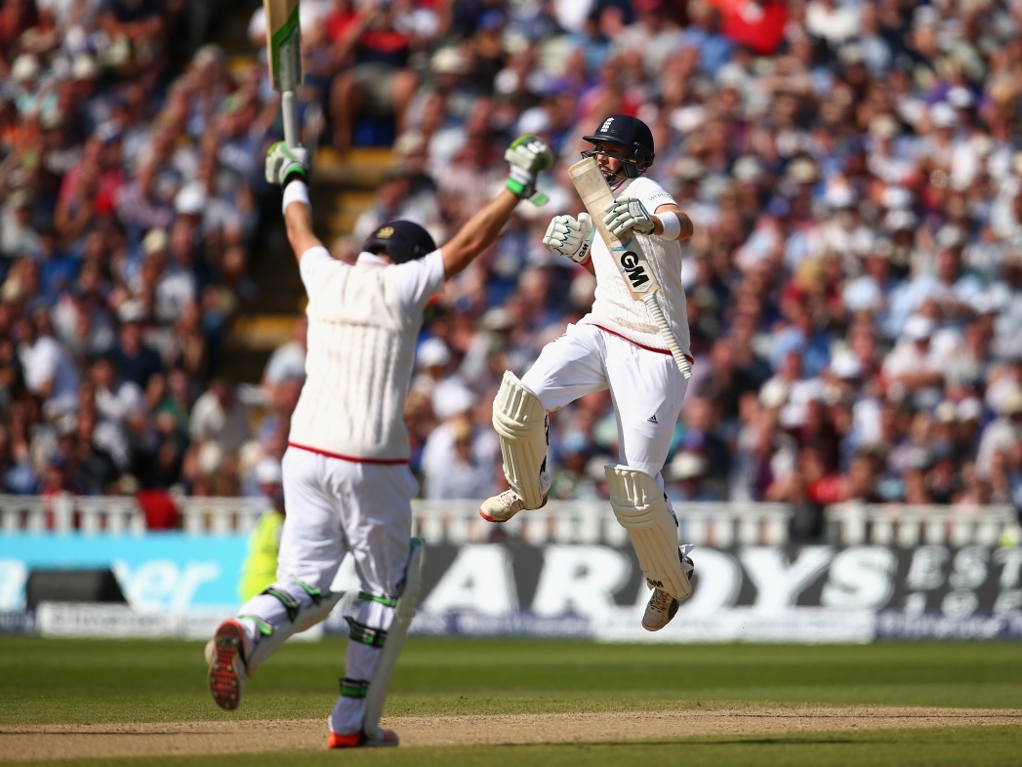 England completed an expectedly easy eight wicket victory over Australia on the third day of the third Ashes Test to take a two-one series lead at Edgbaston, despite some resistance from the Aussie tail-enders in the morning session.

The home side knocked off what could have been a tricky target of 121 thanks to a brisk half-century from Ian Bell, who finished on 65 not out.

Resuming on 168 for seven in the morning, a lead of only 23, Australia's wicketkeeper Peter Nevill, who was 37 not out overnight, and Mitchell Starc scored half-tons in a partnership of 64 for the eighth wicket.

The stand came to an end when Steven Finn, who already had five wickets in the innings, had Nevill caught down the leg side by keeper Jos Buttler for 59.

Starc and Hazlewood then added 28 before Ben Stokes got the latter caught in the slips for 11. Number 11 batsman Nathan Lyon helped Starc reach his fifth Test fifty, before Starc chipped spinner Moeen Ali into the covers to go for 58.

Finn ended with Test-best figures of six for 79 while fellow paceman Stuart Broad will have to wait until the fourth Test to take his 300th Test-match wicket.

England lost openers Adam Lyth (12) and Alastair Cook (7) but Ian Bell, who was promoted to number three for this match, scored his second half-ton of the game and Joe Root (38*) saw the Three Lions to victory.

The next Test in Nottinghamshire starts next Thursday.