England come up in short in series opener 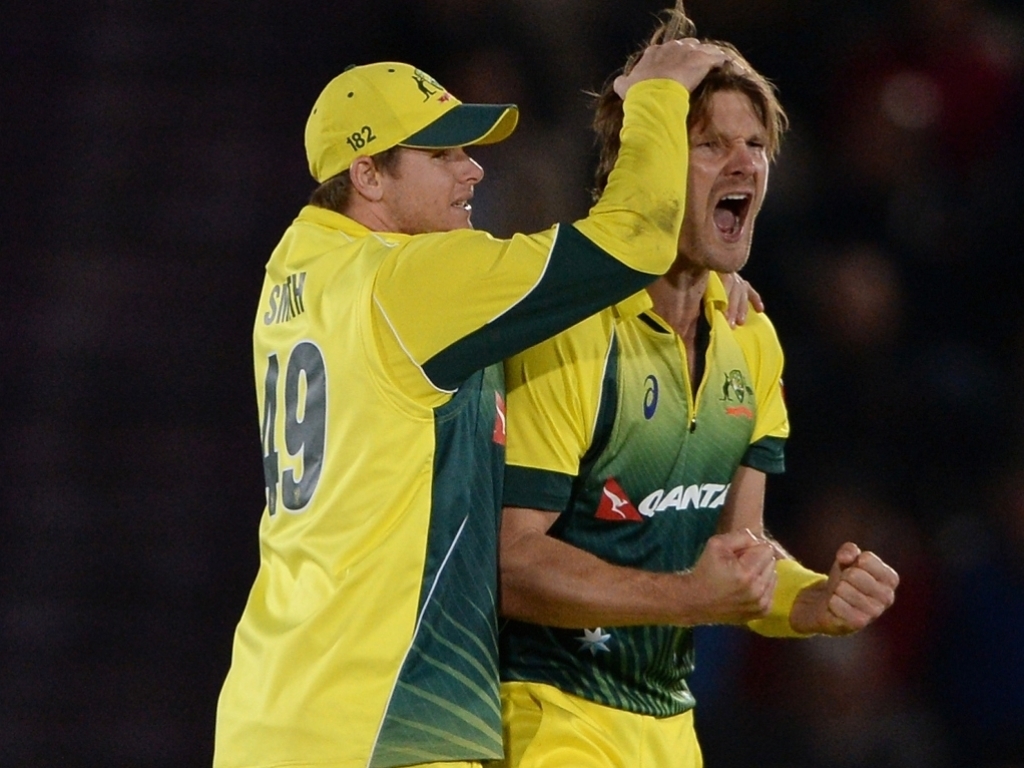 Winning the toss and electing to bat, Australia's effort was marked by a solid platform, a mid-innings wobble and then some late heroics from Matthew Wade and Mitchell Marsh.

Openers Joe Burns and David Warner were steady at the top of the innings, combining for 76 runs before the former was caught and bowled for 44 by spinner Adil Rashid, who would be England's star bowler on the night.

Steven Smith joined Warner at the crease, however, and the duo would add another 57 runs before Rashid claimed Warner's scalp as well for 59, beating him with a googly that took the outside edge and flew to short third man.

And the legspinner would also account for Smith four overs later as he tried to slog to midwicket, leaving Australia on 164/3 after 31 overs.

The middle order struggled to set a new platform ahead of the closing overs, with George Bailey, Glenn Maxwell and Shane Watson all falling in the space of four overs and 15 runs.

But Wade and Marsh would rescue the day, combining for an unbroken seventh-wicket partnership of 112 in the last 13 overs to ensure the Australian total passed the 300 mark.

Rashid would finish with figures of 4/59, with the only other wickets coming courtesy of a run-out and newcomer Mark Wood.

The England reply got off to a brisk start, with Jason Roy and Alex Hales racing to 70 without loss after 11 overs.

Hales would be the first to depart, but James Taylor proved to be a solid partner before Roy was dismissed as well for 67.

Once again, the arriving Eoin Morgan looked solid and played himself in, but none of the England top order was able to carry their innings through to the final overs.

Taylor was bowled by Watson for 49, Ben Stokes made only 13 before falling to Mitchell Starc and when Morgan was dismissed as well for 38, again by Watson, England found themselves at 194/5, needing 112 more runs in just over 13 overs.

It was down to the likes of Jos Buttler, Moeen Ali and Chris Woakes in the middle and lower order, but their wickets all fell in quick succession, leaving the Aussie bowlers to mop up the tail amid the growing pressure as the visitors drew first blood in the series.