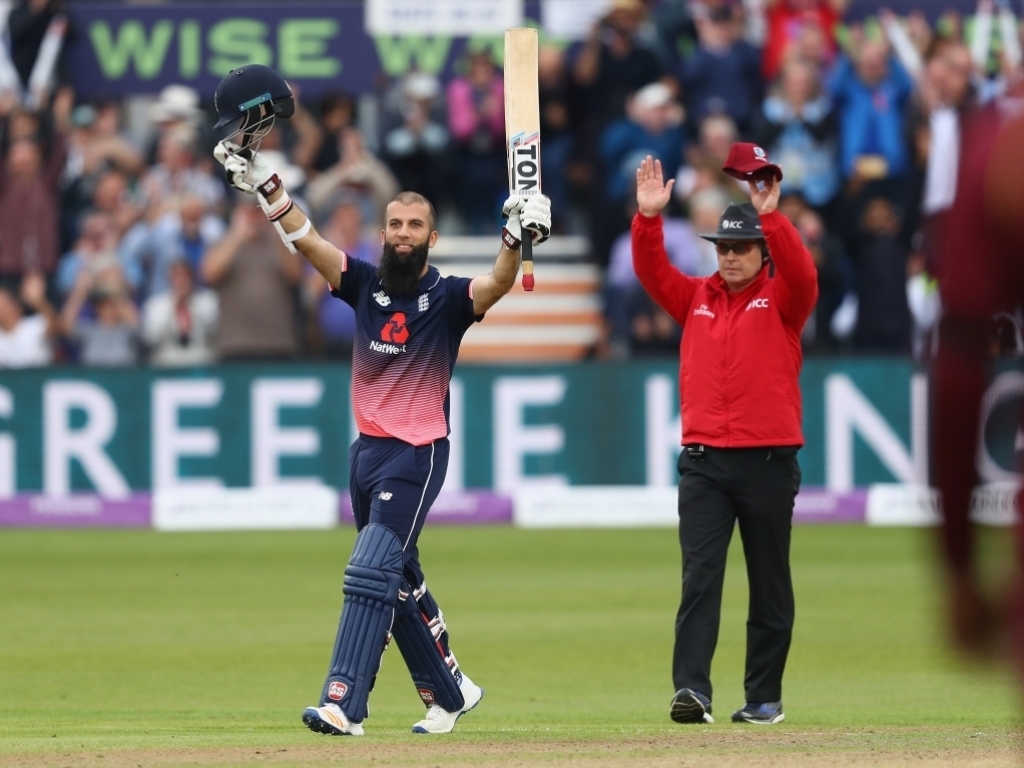 A sensational century from Moeen Ali set England up for a comprehensive 124-run victory over the West Indies in the third ODI in Bristol to go two-nil up in the five-match series.

Batting at number seven, Moeen scored a brilliant 102 off just 57 balls – the second fastest hundred for England in ODI cricket – as the home team posted a mammoth 369/9 in their 50 overs.

The left-handed Moeen came to the crease in the 33rd over and started his innings relatively slowly, scoring his first 30 runs in a run a ball, before unleashing spectacularly towards the end of the innings.

He clobbered seven fours and eight sixes as he sent the Windies fielders scrambling all over the ground to chase leather before he was eventually out in the penultimate over.

Moeen shared in a stand of 117 with Chris Woakes (34 from 34 balls) that took England to a total that they were more than happy with.

Only veteran Chris Gayle (94 off 78 balls) showed any real fight for the visitors with the bat with no other top-order batsman going past a score of 38.

Seamer Liam Plunkett grabbed the headlines with the ball, picking 5-52 as he became the leading wicket-taker in ODI cricket for 2017.

With two games in the series still to play, England will be hoping to clinch the trophy in the Oval on Wednesday.