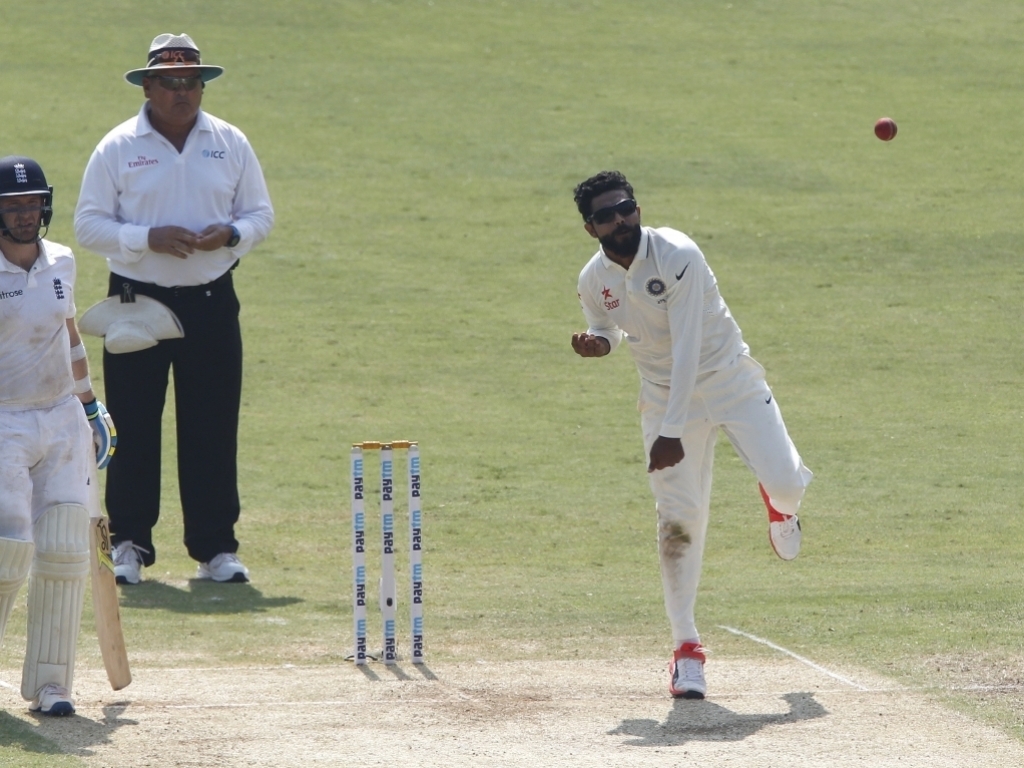 England were always facing an uphill battle to save the fifth Test in Chennai with the task of surviving three sessions made tougher by variable bounce and turn.

The visitors needed to bat out the day or push past the Indian lead far enough that the hosts couldn’t quickly eclipse them before stumps.

England resumed on 12 without loss needing to score 270 more runs to make India bat again, the task of bating through the day seemed likely when Keaton Jennings and Alastair Cook survived the opening session to take England to lunch without losing a wicket.

But after lunch Ravindra Jadeja began weaving his magic first having Cook (49) caught at leg slip when England were on 103 before Jennings (54) offered him a caught and bowled chance which he gratefully accepted.

Joe Root (6) became Jadeja’s third victim in the fiftieth over of the innings when he was trapped leg before leaving England struggling at 126 for 3 with wickets now coming at regular intervals.

Ishant Sharma made sure Jonny Bairstow couldn’t move past Root and Michael Vaughan to set a new record for the most runs in a calendar year, the wicketkeeper needed to score 13 runs to set a new benchmark but only managed one.

England went to tea at 167/4 with Moeen Ali and Ben Stokes at the wicket. At that stage Moeen had 32 and Stokes 13.

The pair would fall in the space of two Jadeja overs as the tweaker claimed his first five for of the series and left England reeling.

Amit Mishra bowled debutant Liam Dawson with his googly for a seven ball duck and the tourists were fading fast in the heat and intensity of Chennai.

A false stroke from Adil Rashid cost him his wicket as he was unable to replicate his first innings heroics and was instead caught at point off the bowling of Umesh Yadav.

So the task of shutting out India fell to Jos Buttler and Stuart Broad but Jadeja returned to haunt England once more and had the latter caught at short leg after a stay of just 16 balls.

In the same over Jadeja claimed the wicket of Ball to end the innings, match and series. India won by an innings and 75 runs and claim the series 4-0. England will slip to fifth in the rankings below fourth place South Africa.

Jadeja claimed figures of 7 for 48 earning his sixth career five for.

England and India will resume hostilities with an ODI on January 15.