England ease to victory at the Rose Bowl 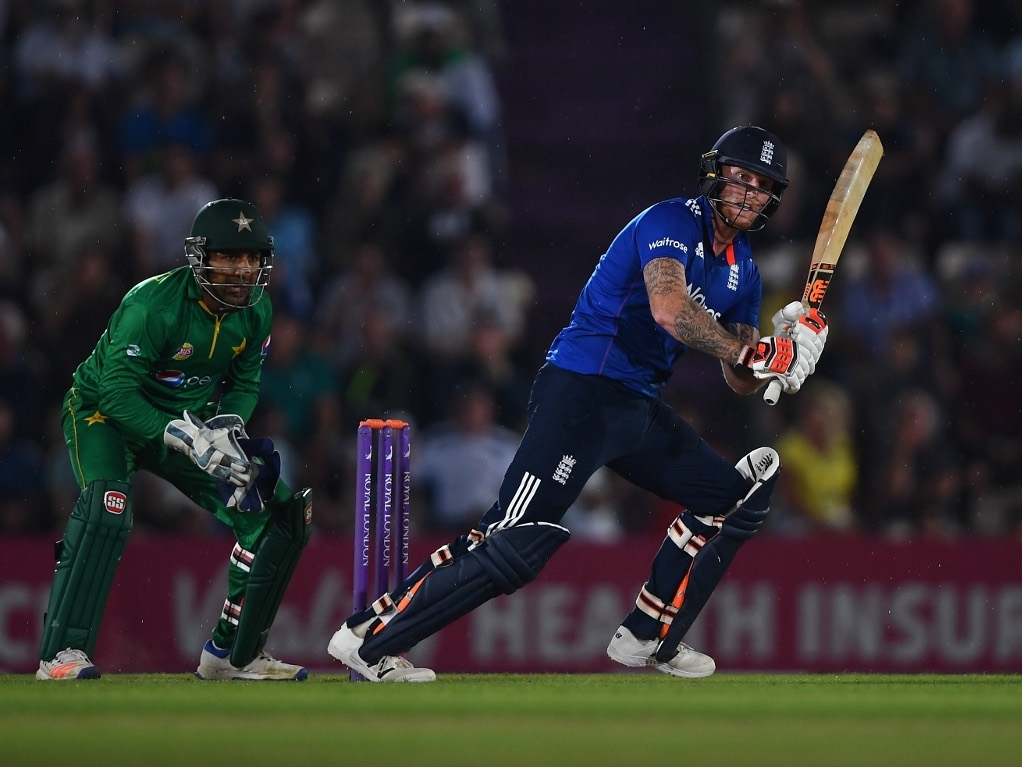 England won the first ODI against Pakistan by 44 runs via the Duckworth–Lewis method after the match was abandoned due to rain with the home side well in front of the required rate.

With most of England's top order firing on the day, the hosts looked on course for a comfortable victory – on 194/3 in chase of 260/6 with 15 overs remaining – before the bad weather hit.

Winning the toss and electing to bat on a dry-looking pitch, Pakistan soon found themselves one down as Sharjeel Khan mistimed a pull shot, offering a simple catch from a top edge to give Mark Wood the opening wicket.

Mohammad Hafeez joined Khan back in the pavilion for 11 shortly after, as he failed to keep a sweep shot down off the bowling of Joe Root.

That reduced the visitors to 52/2 in the 13th over, with opener Azhar Ali still doing the job for his side in the middle.

Joined by Babar Azam, the duo put on 61 runs for the third wicket before Azam was trapped in front by Adil Rashid for a well-played 40 at just over a run a ball.

Sarfraz Ahmed helped Pakistan to continue their solid progress through the middle overs, however, combining for another 65-run stand with Azhar as they took the total to 178/3 with around 15 overs remaining.

Unfortunately for Pakistan, they were not able to make full use of the last hour. Azhar was finally dismissed by Rashid for 82, and the visitors' lower order failed to put their foot sufficiently on the gas.

Ahmed was eventually dismissed for 55, with Mohammad Nawaz and Imad Wasim guiding their side to a rather tame conclusion and a total of only 260.

England's innings started on an unsure note as Hales was sent back for just seven runs, but Jason Roy and Root soon started piling on the runs, racing to 115/1 in the 19th over.

Nawaz gave Pakistan some hope when he dismissed Roy for 65, but that brought captain Eoin Morgan to the crease, and he was able to pick up where Roy left off.

England threated to derail their own chase when Morgan called for a run that wasn't on, allowing Azhar to hit the stumps coming in from cover to dismiss Root for 61, but it still wasn't enough to halt the home side's charge.

When the rain arrived and play was called off, first for a short delay and then for the evening, England were well in control of their chase on 194/3 in the 35th over, with the Duckworth-Lewis method ultimately handing them a comfortable victory.