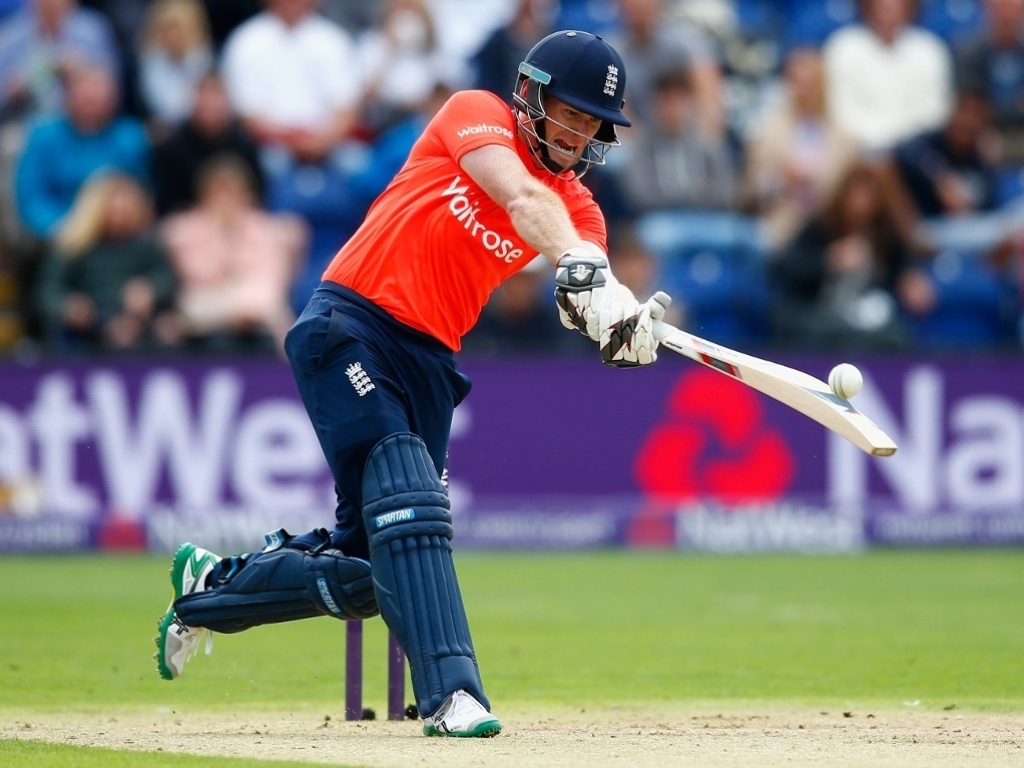 Defending 12 runs in the last over, allrounder Ben Stokes held his nerve to guide England to a thrilling five-run win in a one-off T20 clash against Australia in Cardiff on Monday.

Bowling at fast medium-pace, Stokes only conceded 6 runs and took the wicket of Nathan Coulter-Nile in an over that also included two run-outs to seal the home team's victory.

Chasing target of 183, Australia captain Steve Smith gave his side the best possible chance to win as he scored a brilliant 90 off just 53 balls to set up the tense finish.

Smith had good support from Glenn Maxwell, who scored 44, but no other Aussie batsmen could sustain the momentum as they all felt the pressure of the required scoring rate.

The visitors eventually finished on 177 for eight with England left-arm seamer David Willey recording figures of two for 34 in his four overs.

England's total of 182 for five was set up by a third wicket partnership of 135 between their captain Eoin Morgan and Moeen Ali which came in just 12.2 overs.

The home were in trouble at 18 for two by the end of the fourth over as paceman Pat Cummins got rid of both Alex Hales (3) and Jason Roy (11).

Morgan and Ali were only separated in the 17th over when the skipper was out for an outstanding 74 from 39 balls, while Moeen batted until the end of the innings to be unbeaten on 72.

The teams will now contest a five-match ODI series that starts at the Rose Bowl on Thursday.