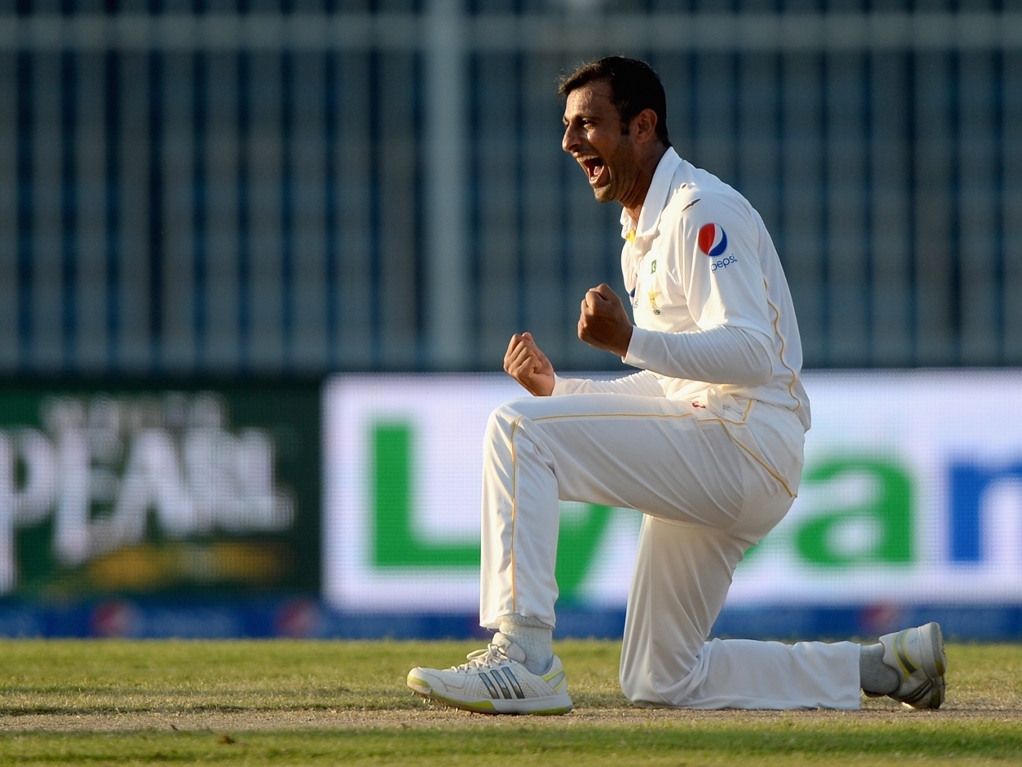 England face an uphill battle to level the three-match Test series against Pakistan after the Asian side reduced them to 46 for two at stumps on day four of the third and final Test in Sharjah, still requiring another 238 runs to win on the final day.

The Three Lions lost Moeen Ali (22) and Ian Bell, for a duck, as both were trapped lbw by offspinner Shoaib Malik after the tourists bowled Pakistan out for 355 to set up the run chase.

Captain Alastair Cook, who is unbeaten on 17, and Joe Root, on six not out, will resume for England in the morning and both will need a big innings as the Three Lions chase a series-leveling victory on a turning pitch.

Earlier, Pakistan opener Mohammad Hafeez, who resumed the day on 97, went to his ninth Test century and shared in a crucial partnership of 93 with his skipper Misbah-ul-Haq (38).

The right-handed Hafeez was eventually out for 151 and with Pakistan on 257 for six at that stage, only a lead of 185, England might have sniffed real opening.

Asad Shafiq (46) and Sarfraz Ahmed (36) then combined for a stand of 55 for the seventh wicket while a defiant Shafiq and tailender Wahab Riaz added a stubborn 35 for the ninth wicket to give a England target of 284.

England bowlers ran in hard all day with seamers Stuart Broad (three for 44 in 23 overs and James Anderson (two for 52 in 26 overs) doing a commendable job as they missed allrounder, and third seamer, Ben Stokes with an injury suffered during the match.

The odds definitely favour Pakistan on the final day as their spin attack is much more accomplished than England's, but if Cook and Root, their two best players, can dig in they that will give the rest of the batting order plenty of confidence.