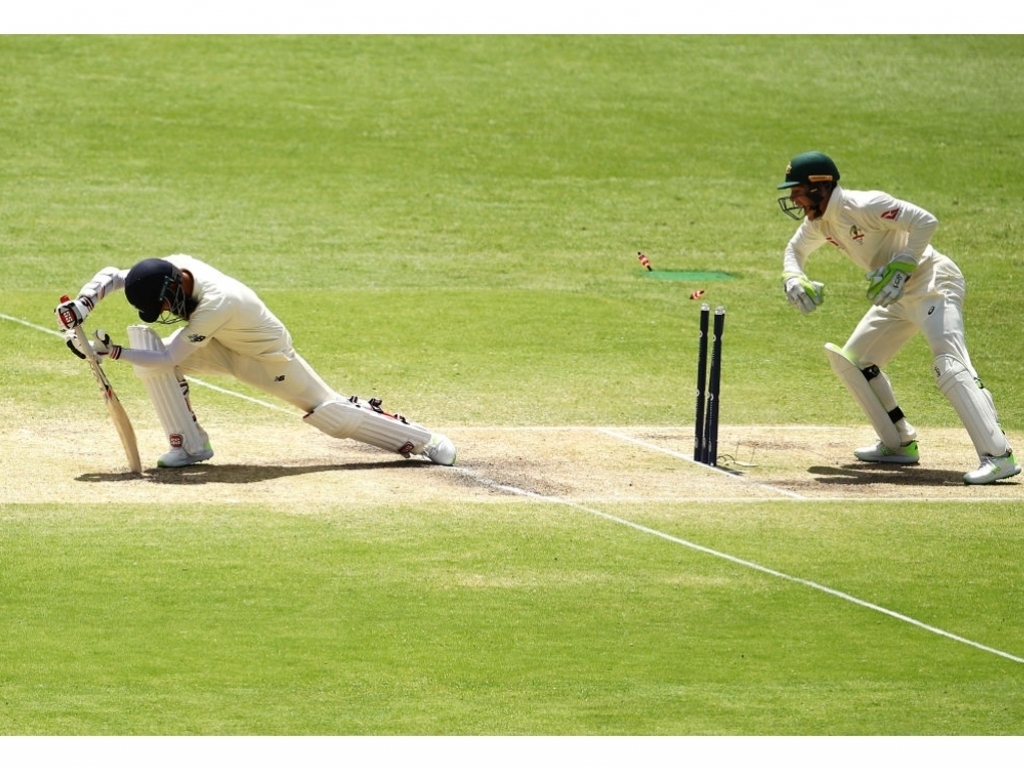 England’s batsmen let them down on day four of the first Ashes Test as they slumped from 33 for 2 to 195 all out. Australia would reach stumps on 114/0 needing just 56 runs to take a 1-0 series lead.

Joe Root and Moeen Ali stemmed the flow of wickets for a while but shortly after the skipper reached fifty Josh Hazlewood struck a vital blow.

Hazelwood trapped Root (51) leg before with a full delivery that jagged back off the seam, the skipper wisely opted not to burn a review.

While Jonny Bairstow and Moeen (40) offered some resistance the stumping of the latter off the bowling of Lyon started the final collapse.

Outstanding glovework from Tim Paine for that stumping and he LOVED it when the decision came back! #Ashes #ohwhatafeeling @Toyota_Aus pic.twitter.com/0m3aYUSWA5

Mitchell Starc returned to the attack to devastate the English tail with typical efficiency skewering Chris Woakes (17), Bairstow (42) and Broad (2) before Pat Cummins wrapped up the innings with the wicket of Jake Ball (1).

Lyon became the first Australian spinner since Shane Warne to take fifty wickets in a calendar year and the sixth overall after his 3/67 while Hazelwood’s 3/46 made him the pick of the bowlers.

England will perhaps look back at the wicket of Joe Root as the point where things unraveled for them in a Test that had been pretty even heading into the fourth day.

Faced with a small total openers David Warner and Cameron Bancroft crushed English hopes of another twist in the tail with a steady display.

Warner played aggressively driving the game forward with Bancroft settling in far better than in the first innings.

Debutant Bancroft (51*) and Warner (60*) look well set and have calmed the nerves of an Australian team that have been competitive rather than dominant for much of the Test.