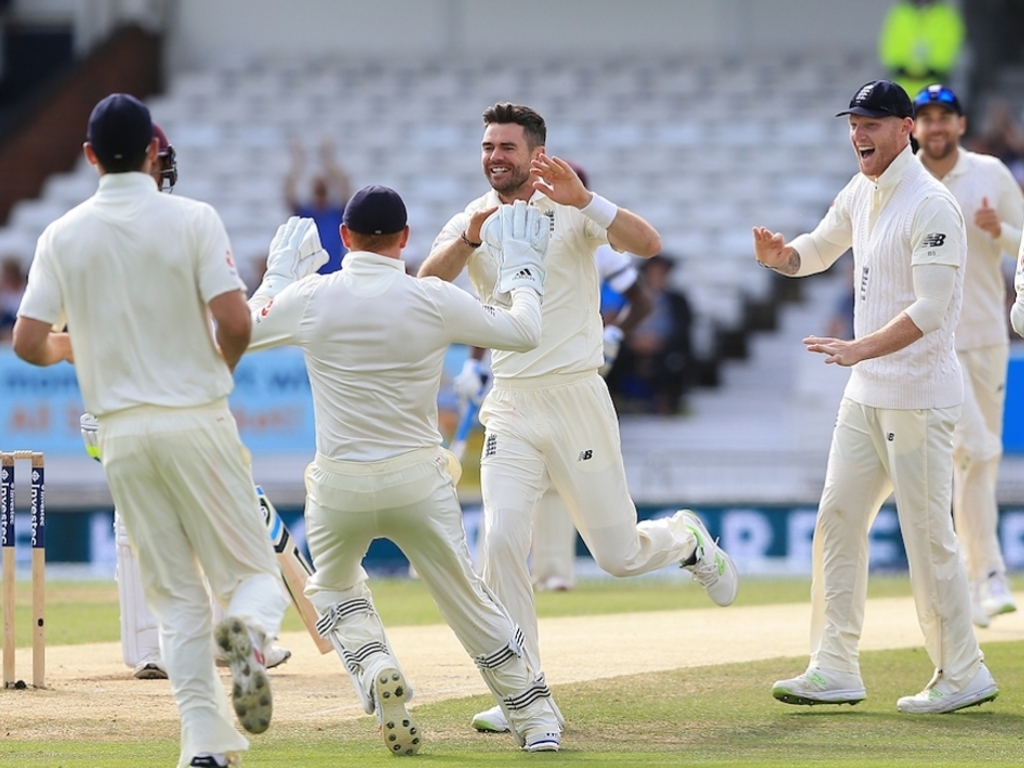 England staged a fightback on day three of the second Test against the West Indies reaching 171/3 by the close of play to lead by 2 runs.

Jimmy Anderson was sublime with the ball as England ensured that the West Indies could only add 98 runs for their last five wickets.

Jason Holder (43) and Jermaine Blackwood (49) put on a handy 75 for the eighth wicket pushing the West Indies past the 400 mark.

Blackwood would be run out though shortly after Holder had holed out to Chris Woakes.

Alastair Cook and new partner Mark Stoneman put on 58 for the first wicket before the former nicked off to Holder for 23.

Stoneman gritted it out for his first Test half century but Tom Westley (8) failed again departing by the same method as Cook.

The left-handed opener was bowled off a Shannon Gabriel delivery that was a hair away from being a no-ball when he was on 58.

Joe Root and Dawid Malan would see England through to the close of play without any further damage.

The West Indies began to unravel just a little with Shannon Gabriel bowling a final over that could go down as one of the worst in Test history, bowling two wides, one of which went for four, followed by his fifth no-ball of the day.