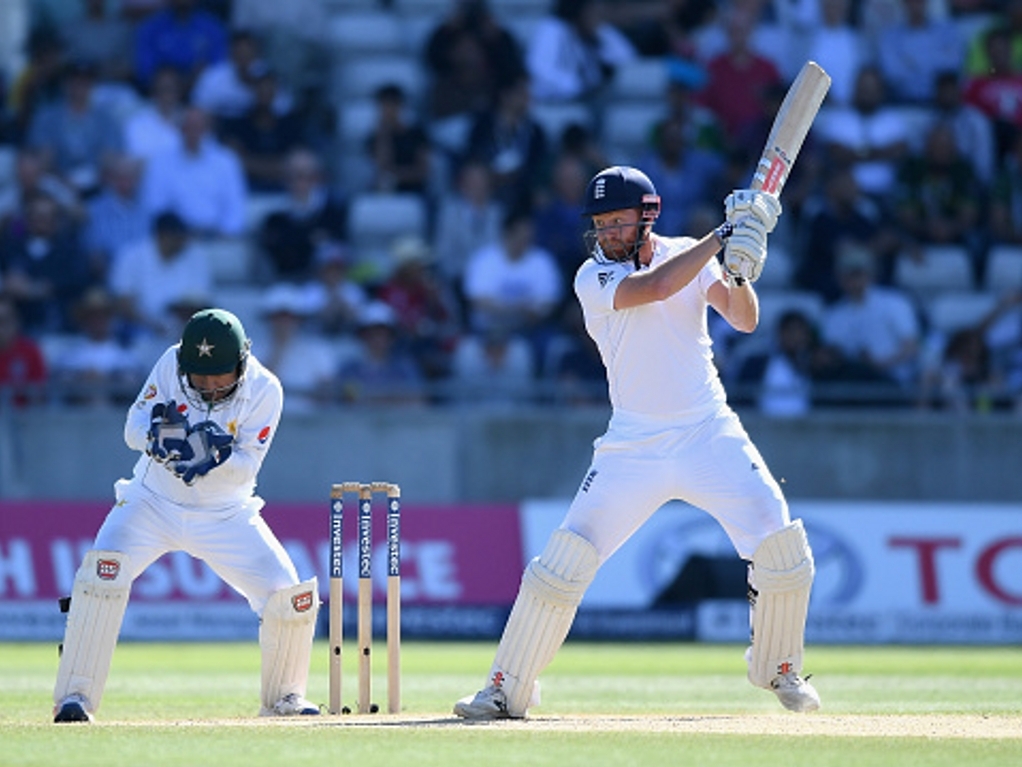 An aggressive finish to day four of the third Test against Pakistan from England batsman Jonny Bairstow and Moeen Ali has set up what promises to be an enthralling final day.

After a day where England at times struggled to push up the tempo the pair moved England into a position where they may consider an attacking declaration early tomorrow, ending the day on 414 for 5, 311 runs ahead.

Opening batsmen Alastair Cook and Alex Hales went early, with the skipper being brilliantly caught by Yasir Shah for 66 before his partner knicked off when facing Mohammad Amir.

Hales will be relieved to have finally gone past fifty in this series but his technique continues to be a concern.

Joe Root bounced back from his first innings failure to record a score of 62 and shared a 95 run stand with James Vince (42).

Gary Ballance struggled as England got bogged down and when he departed the hosts found themselves in a precarious position at 282 for five with a lead of just 179.

Ali (60*) and Bairstow (82*) steadied the innings though, and kicked on towards the end of the day to put England in charge, Cook will be well aware that time is running out, but he won't want to risk defeat by declaring too early.

Amir finished as the pick of Pakistan's bowler's with figures of 2 for 73.