England gunned down in second ODI 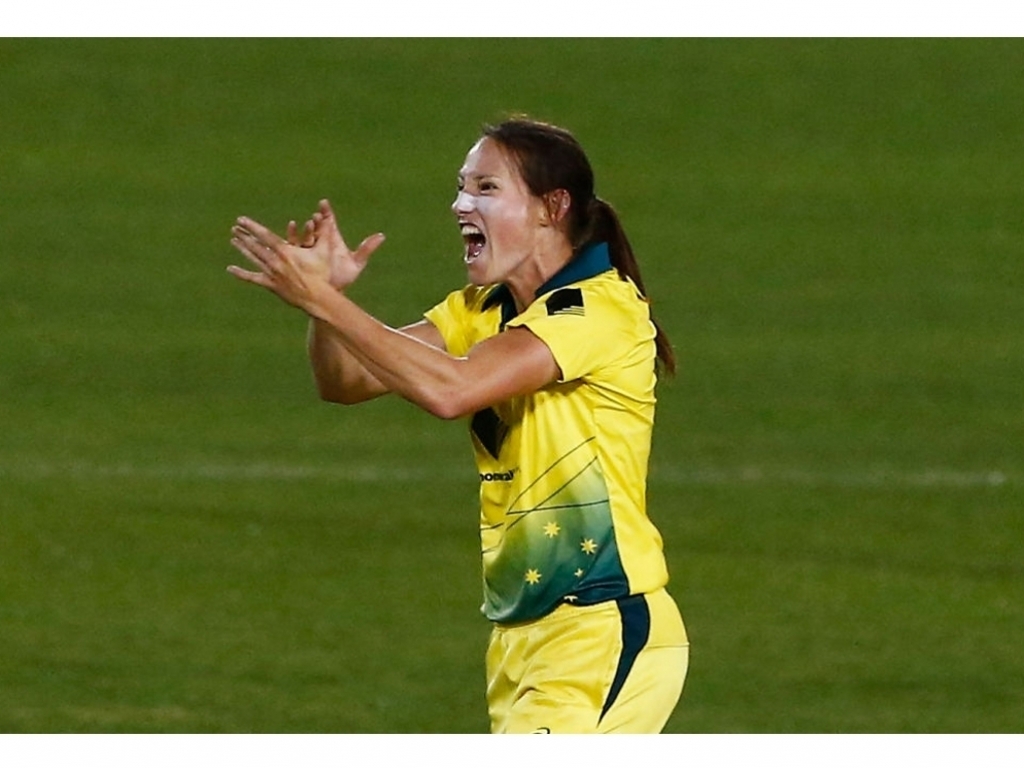 Megan Schutt backed up a strong batting performance with a four-wicket haul to bowl Australia Women to a commanding 75-run win over England Women on the DLS Method in the second ODI at Coffs Harbour on Thursday.

The result gave the home side an unbeatable 2-0 lead in the three match ODI series, after they clinched the opener in Brisbane by two wickets on Sunday.

Having been put in by England skipper Heather Knight, Australia rode on a solid top-order display marked by fifties from the top three, and a powerful finish from stand-in skipper Rachael Haynes to amass 296 for 6 from their 50 overs.

A brief rain delay at the break left England chasing a revised target of 285 in 46 overs.

Schutt trapped Lauren Winfield and Tammy Beaumont, the England openers, in front inside the first five overs, setting the stage for the visiting side to be bowled out for just 209 in the 43rd over.

Australia had needed a stirring finish three days ago to pull off a narrow victory, but this time around, it was dominant from the get-go. Nicole Bolton and Alyssa Healy, the opening batters, adopted contrasting routes to the 50-run mark. While Bolton was patience personified, Healy smashed the bowling around as she dominated the opening stand of 98. By the time she was dismissed off the last ball of the 20th over, Healy had made 56 off just 55 deliveries, with six fours and a six.

Ellyse Perry, who slotted in at No. 3, ensured that there was no loss in momentum as she took charge with Bolton continuing to shore her end up. The two put on 63 for the second when Bolton’s patient vigil that brought her 66 in 100 deliveries was ended by Alex Hartley. Perry and Haynes then put England to the sword during a fourth-wicket stand of 86 that came off just 69 deliveries, Perry finally stumped off Jenny Gunn for a 75-ball 67 that contained four fours and two sixes.

Haynes was unstoppable at the death, raining boundaries at will to leave England dispirited. In all, she hammered nine fours and three sixes in catapulting to 89 not out off just 56 deliveries, leaving England shell-shocked as it went into the break.

On resumption, Schutt struck the early blows to scuttle the chase, leaving England to play catch-up. Sarah Taylor and Knight attempted a rescue act while putting on 57 for the third wicket, and Katherine Brunt hit out boldly when all was lost to make a quick half-century, but England was never realistically in the hunt. Schutt finished with 4 for 26 while there were two wickets apiece for Kristen Beams, the leggie, and Jess Jonassen, the left-arm spinner.

The teams will meet at the same venue on Sunday in the final ODI. Australia leads the multi-format Ashes series by four points to nil.