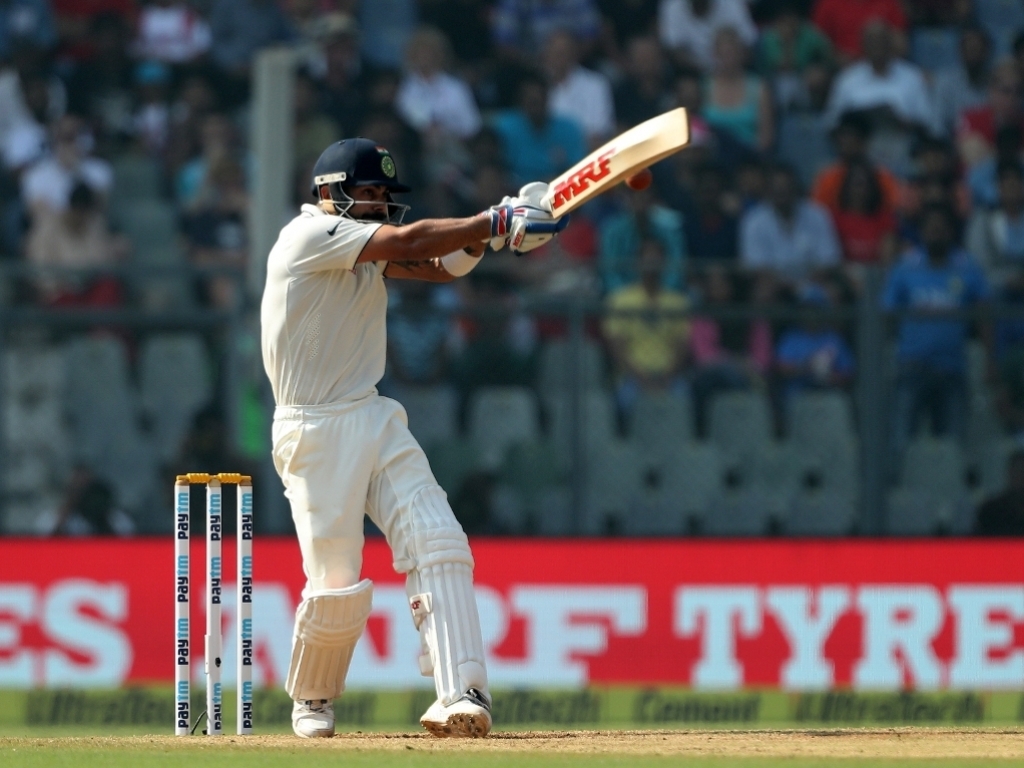 A loose effort in the field from England allowed India to take control of the fourth Test in Mumbai moving in to a 51 run lead by the close of play on day three.

The hosts ended the day on 451 for 7 on a day where England’s lack of killer instinct saw them surrender the advantage to India.

India skipper Virat Kohli enjoyed a day of milestones and good fortune with the captain being dropped twice on his way to an unbeaten 147.

Murali Vijay had earlier gone to his eighth Test hundred after Chetehswar Pujara became the first man in this Test to lose his wicket to a seamer when Jake Ball bowled him.

Vijay and Kohli put on 116 before the former was caught and bowled by Adil Rashid for 136.

England fought back through their spinners though with Karun Nair (13) falling cheaply to Moeen Ali and Joe Root claiming the wickets of Parthiv Patel (15) and Ravi Ashwin (0) in the space of two overs.

Ashwin sparked controversy when he refused to walk after pushing a Root delivery straight to Keaton Jennings at short leg, the allrounder gestured that the ball may have struck the fielders helmet but it was well away form the headgear and he had to go.

Ravindra Jadeja resisted England for 46 balls making 25 before he skied one from Rashid and had to go leaving India 364 for 7.

Jayant Yadav joined the skipper who passed both 4000 Test runs and 2000 runs during his knock and the pair would frustrate England all the way to the close taking India into a 51 run lead.

Jayant appeared to have edged Moeen through to Jonny Bairstow late in the day but Bruce Oxenford adjudged him to be not out and England were out of reviews much to Kohli’s amusement.