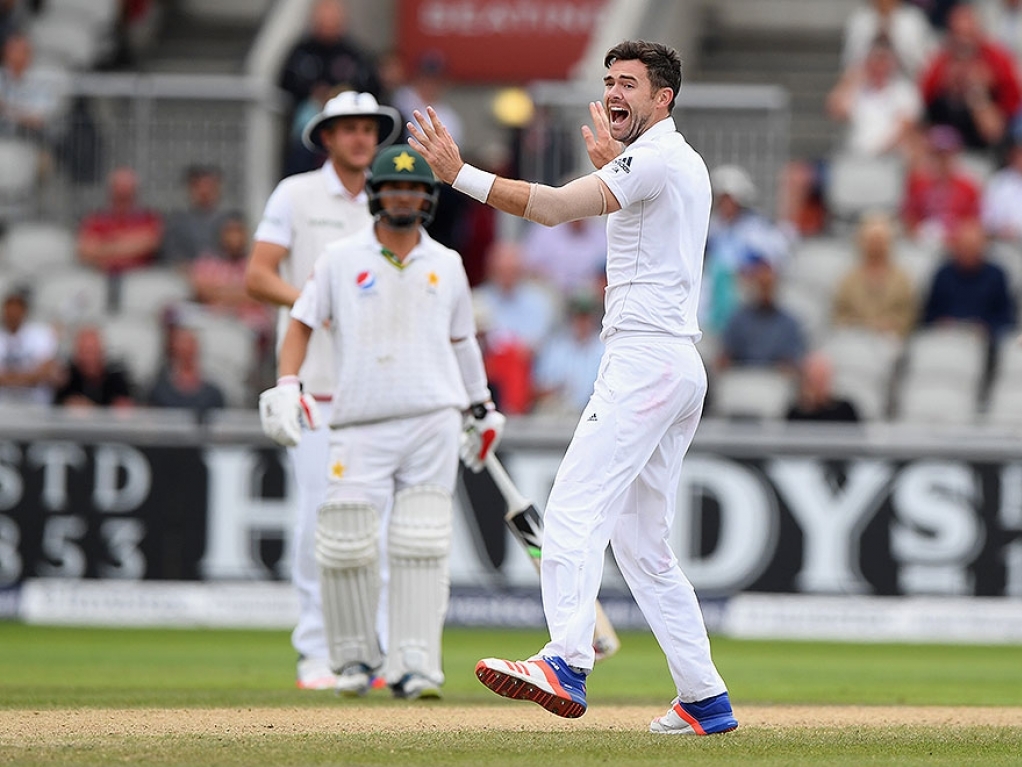 The second Test between England and Pakistan was in stark contrast to the first, as the hosts dominated the match to win by 330 runs on day four, thus leveling the series.

England skipper Alastair Cook had caused slight controversy on day three when he opted to bat instead of enforcing the follow on, holding a lead of nearly 400 runs already. But it was irrelevant, as Pakistan got nowhere near that, all out for 234.

They were chasing 565 to win, an improbable score, after England had declared before lunch on 173 for one, both Cook and Joe Root in the 70s and batting with ease.

Pakistan never really stood a chance of batting out nearly two full days for a draw, especially after James Anderson took two early wickets before lunch. This included Shan Masood, who has now been removed by Jimmy six times.

Mohammad Hafeez was the only batsman of note on the day, top scoring with 42, while only Misbah-ul-Haq and Asad Shafiq reached the 30s of the other batsmen.

Aside from Anderson's three, Chris Woakes continued his good form from Lord's, where he took 11 wickets, to add three more on day four in Manchester, while Moeen Ali silenced a few critics by taking three as well.

There is a decent gap now until the third Test, which starts on 3 August at Egdbaston in Birmingham, complemented by this promo code for bet365.