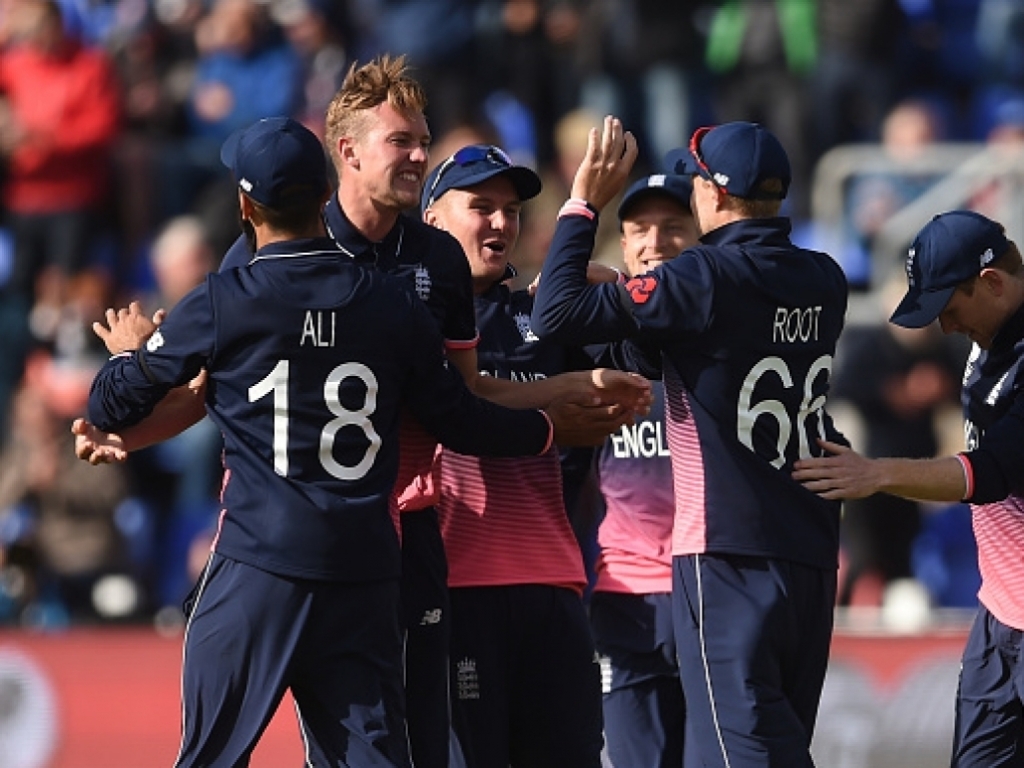 Hosts England made sure of their place in the Champions Trophy semi-finals with a comprehensive 87-run victory over New Zealand in Cardiff on Tuesday.

The home team dismissed the Black Caps for 223 in the 44th over after posting 310 all out in the first innings after the visitors had won the toss and elected to bowl under heavy cloud cover at Sophia Gardens.

England got off to solid start with the openers adding 37 inside eight overs but Jason Roy’s struggles with the bat continued when he was bowled by Adam Milne for just 13.

Alex Hales (56) and Joe Root (64) put on 81 for the second wicket before Milne struck again when he bowled Hales with a slower ball to break the partnership.

Home captain Eoin Morgan was caught behind off the bowling of Corey Anderson for 13 but Root and Ben Stokes stabilised the innings with stand of 54 for the fourth wicket.

Root though lost his wicket when he chopped an Anderson delivery on to his stumps in the 34th over while Trent Boult accounted for Stokes (48) to leave England 210/5 with more than 12 overs remaining.

England needed someone to add impetus late in the day and that is exactly what Jos Buttler brought to the party as he slammed 61 not out off 48 balls even though wickets fell around him as the hosts were bowled out in the final over.

Milne (3/79 in 10 overs) and Anderson (3/55 in 9 overs) were the pick of the bowlers for the visitors, both taking three wickets, although they were a touch expensive.

The Kiwis lost Luke Ronchi early in the chase, bowled by a beautiful Jake Ball delivery, for a duck but Martin Guptill (27) and skipper Kane Williamson added 63 for the second wicket.

Williamson and Ross Taylor (39) looked to have put the Kiwis on top with a partnership of 95 for the third wicket but both batsman fell within 10 runs of each other.

Williamson gloved a rising Mark Wood delivery to keeper Buttler for a well-played 87 while Taylor was caught at mid-wicket off the bowling of Ball to leave New Zealand stuttering on 168/4 in the 34th over.

The Black Caps never recovered from the double blow and lost wickets regularly as the required-rate started to mount, eventually being blown away.