England on top despite Blackwood ton 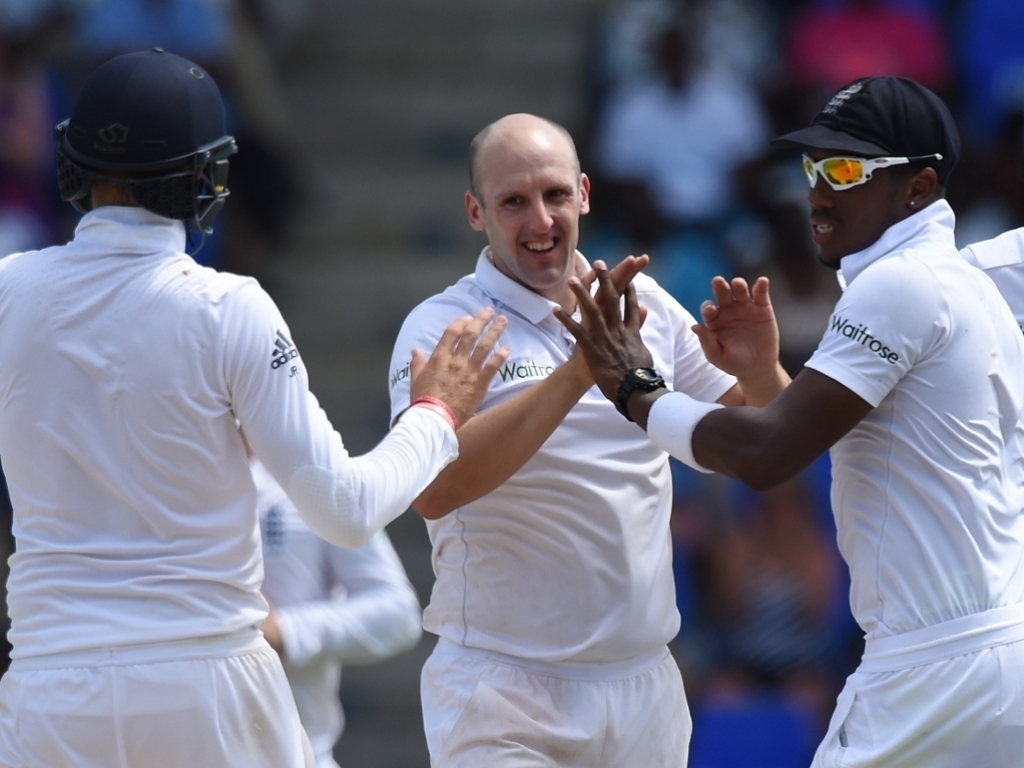 England were well on top of the West Indies at stumps on day three of the first Test in Antigua, leading by 220 runs after starting their second knock with a 104-run lead. Jermaine Blackwood's maiden century was the bright light for the hosts.

James Tredwell kept England ahead as the West Indies succumbed for 295 at Tea. England's 104-run first innings lead will prove very handy in a terse battle where the home side has repeatedly threatened share the balance of power, only to stutter soon after and fall behind again.

Blackwood (112 not out) appeared to walked on water at times as he enjoyed more than his fair share of luck in notching up his maiden Test century but it was nonetheless an innings comprised of equal parts of skill, resolution and guts as he defended and attacked impressively and was the only batsman in his team to convert a start into something more meaningful.

The England bowlers were made to toil hard in the Antiguan sun as the hosts faced more overs than they did. Shiv Chanderpaul (46) kept out 139 balls but once he fell through some cunning field placing by captain Cook, Blackwood fought the battle alone and eventually ran out of partners.

With ten wickets from three Test innings he does seem to have taken to the game surprisingly easily. Bangladesh and West Indies are hardly top flight opposition but his late introduction to Test cricket is certainly encouraging.

The West Indies batting order has a reputation of being as brittle as bones for good reason and their tail refused to wag as their specialist bowlers added only seven runs between them.

With ball in hand after tea, however, Messrs Roach (0-32), Taylor (2-12) and Holder (0-20) appeared determined to make up for their lack of contribution with the bat as they bowled with venom and again the first three England wickets fell in a hurry and England slumped to 52 for three.

Consecutive failures by openers Cook (13) and Trott (4) are a worry for England’s top brass. Cook is very much a confidence and form player and the witch hunt that saw him being fired as the one-day skipper would not have done his self-belief any favours.

As they did in the first innings, England fought back with an impressive fourth-wicket partnership. Ballance (44 not out) defended impenetrably and Root (32 not out) hit the Windies' bowlers off their lines and lengths and scored with ease all around the wicket.

The North Sound pitch has played well and offered something for everyone. Whilst it can not be described as quick, it is by no means slow by Caribbean standards and it has held together well for three days.

In the evening session however the occasional ball did misbehave – the odd one hitting a crack and deviating and the odd one going through the surface. Cook’s call for the heavy roller before the third innings may prove astute if the top level of clay begins to crumble.

England deserve the commanding position in which they find themselves. It has not been easy – heaven knows Test cricket isn't supposed to be – but they have kept the West Indies in check and fought back strongly whenever things have slipped away.

Ballance and Root finished the evening session in commanding fashion and the home side will be demoralised as they face the likely prospect of chasing 350 plus on a tricky wicket. Heavy rain is not forecast but can arrive at any time in these parts but such a timeous reprieve is unlikely for a team that so often finds itself clutching at short straws.