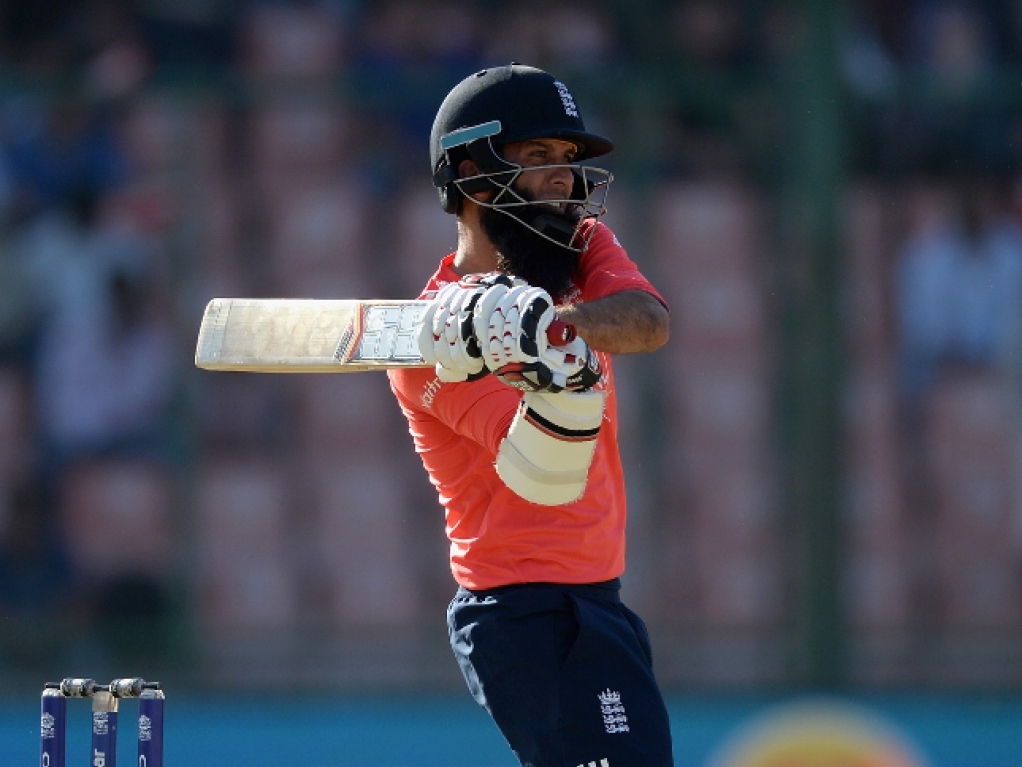 England overcame an early batting scare to beat Afghanistan by 15 runs, in Delhi, in the World T20 Super 10s to keep their semifinal ambitions alive in the global tournament.

An upset seemed on the cards when England were reduced to 57 for six in the 10th over when they batted first. The Afghanistan bowlers had their tails up and were on a roll as the English batsmen struggled early on.

However, Moeen Ali guided them to a respectable total with a little help from the tail and ensured England weren't embarrassed.

Afghanistan’s run-chase fizzled out as they kept losing wickets at regular intervals, conceding a 15-run victory to England.

England were without Alex Hales in this game at Delhi and brought in James Vince. They started off well with the score on 43 for one in the sixth over before Mohammad Nabi came into play.

Vince lobbed a catch back; Eoin Morgan let his first ball go through only to see it crash onto the stumps and Joe Root was run-out needlessly.

The spinners kept Afghanistan in charge there. Nabi and leg-spinner Rashid Khan finished with identical figures of two for 17 in their spell. Not to forget the effort of Samiullah Shenwari, who took one for 23.

In 17 overs, England were at 98 for seven when Ali decided to attack. Off the last four overs, they managed 44 runs, which helped inject some momentum into England’s challenge.

David Willey also contributed with an important knock of 20 not out, which also featured two big hits.

In reply, Afghanistan had a rocky start as they lost Mohammad Shahzad early. The top-order collapsed and they then promoted Rashid to number five, holding back stalwarts Nabi and Shenwari.

When those two came together, the task was monumental for Afghanistan. They then stumbled to an inevitable defeat. Shafiqullah Shafiq threw his bat around towards the end, smashing a 20-ball 35 not out.

However, that wasn't enough as the damage was done early on. In hindsight, the runs Afghanistan conceded at the death proved very costly.

Afghanistan have shown fight through this tournament, but haven't finished games against the big teams. There is a lot to learn for them and they can certainly take a lot of heart from their performance so far.

They will now close their campaign with a game against the West Indies. England have to face Sri Lanka in their fourth and final game of the group stage.