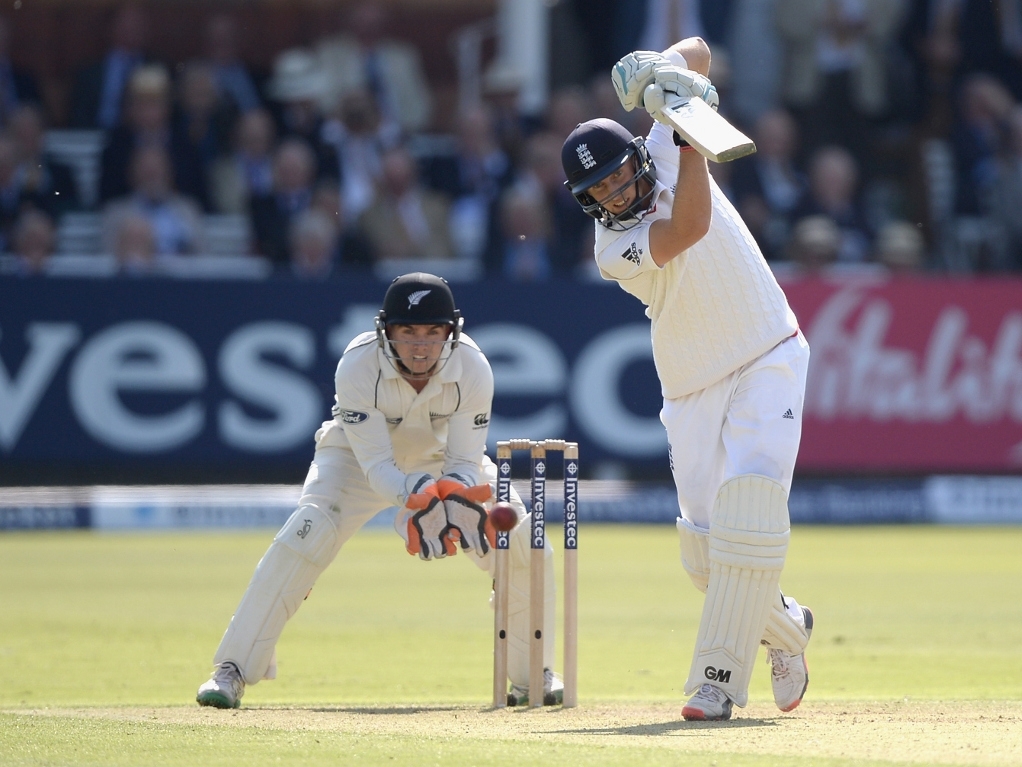 Joe Root and Ben Stokes led the fightback as England recovered from 30 for four to be 354 for seven at stumps on Day one of the first Test against New Zealand at Lord's on Thursday.

After winning the toss and electing to field under cloudy skies, Black Caps skipper Brendon McCullum would've been happy as his fast bowlers exploited the swing and seaming conditions in the morning session.

England debutant Adam Lyth was the first to go when he got an edge to Tim Southee delivery to be caught by the keeper for seven in the eighth over.

Gary Ballance did not last long as this time Southee took the catch at second slip off Trent Boult as the England number three went for one.

Ian Bell was then bowled by Henry off a peach of a ball the pitched on middle stump and hit the top of off as the home side were four down in less than an hour.

That was the moment when Stokes joined Root at the crease and the pair batted with supreme confidence as they stroked the ball all over the hollowed Lord's turf. They added 161 for the fifth wicket before Stokes was bowled by spinner Mark Craig for 92 before tea.

Root and Buttler then added 60 and were looking in no trouble at all when Root got a bottom edge to short and wide ball from Henry to be caught behind for 98, which was a shame as the Yorkshireman deserved to go to three figures. 251 for six at that stage.

Buttler and Moeen Ali again the shut the door on the Kiwis as they put on 103, at almost four runs to the over, for the seventh wicket until Buttler missed a straight one from Boult on the last ball of the day to be trapped lbw for 67.

Ali will resume on 49 in the morning while the touring side walked off the field happier after enduring a frustrating last two sessions.