England send out warning ahead of SA Tests 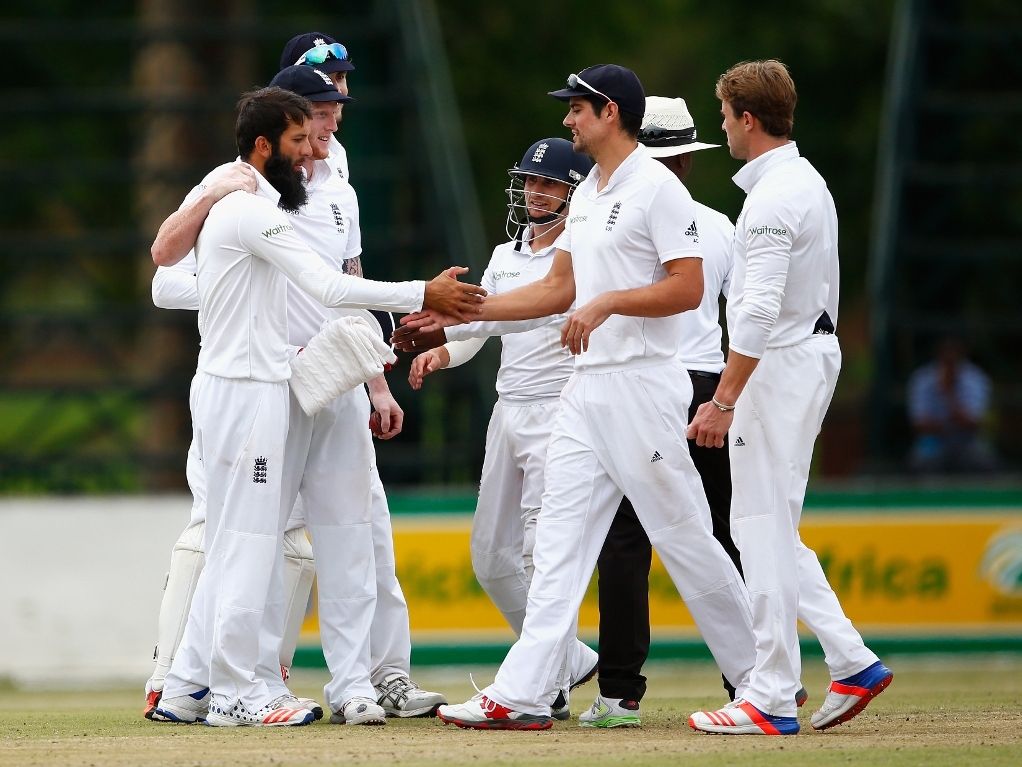 England completed their preparation for the upcoming four-match Test series against South Africa with an innings and 91 runs victory over South Africa A with more than half a day to spare at the Maritzburg Oval on Tuesday.

The offspinner, Moeen Ali, by taking six for 77 in 14.5 overs, made it a particularly satisfying morning for England as it meant that all their frontline bowlers had come through the game in very good shape and full of confidence.

Ironically, the home side had their best period of play of the entire match when Quinton de Kock and Rilee Rossouw put on 67 for the fourth wicket in 15 overs but it was typical of the team's performance throughout the match that they were unable to convert it into anything really substantial.

De Kock finished on 53 (64 balls, 10 fours) and, once he was dismissed the last six wickets fell for 85 runs mainly as the result of some cavalier hitting from Keshav Maharaj (31).

Having bowled the South Africans out for just 136 on the first day, with seamer Steven Finn taking four wickets, England amassed 414 for six declared with captain Alastair Cook (126) and Joe Root (117) scoring centuries.

There can be no excuses for such a poor South African performance. With the exception of opener Stephen Cook they have all come off a diet of 20 overs cricket and it showed in some of the execution both with bat and ball but at the same time these matches offer wonderful opportunities for the participants to put pressure on the Proteas incumbents and this certainly did not happen in this match.

The first Test between the Three Lions and Proteas starts on Saturday in Durban.