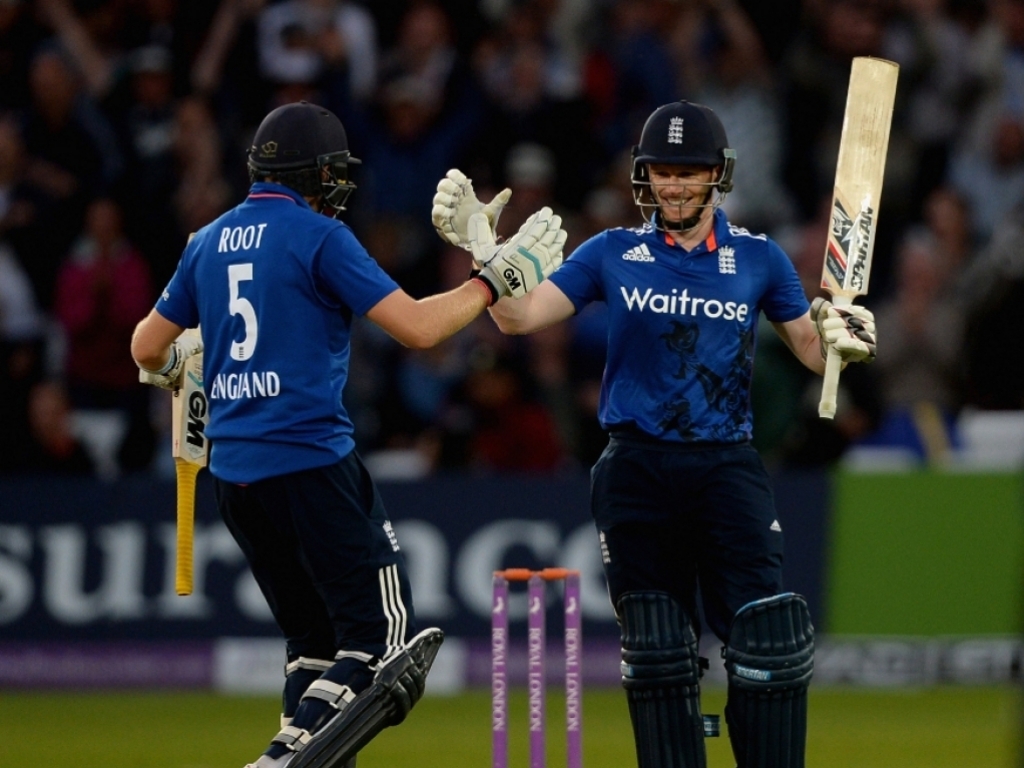 England continued their remarkable transformation in ODI cricket when they pulled off their highest ever run-chase to beat New Zealand by seven wickets at Trent Bridge and level the five-match series at two-all with one match to play.

Captain Eoin Morgan and Joe Root struck centuries as the Three Lions made 351 for three after the Black Caps seemingly posted a formidable 349 for seven in their 50 overs.

Morgan hit 12 fours and five sixes as he scored a fluent 113 in 82 balls while Root hit 106 not out as the two shared in a partnership of 198 for the third wicket.

The home side were given an excellent start by openers Alex Hales (67) and Jason Roy (38) who put on 100 for the first wicket in just more than 10 overs.

However both were out in fairly quick succession as the visitors looked to get back in the game. Morgan and Root though quickly put out that fire.

Even though Morgan was out with 42 runs still needed to win, the damage had already been done as Ben Stokes (19*) kept Root company as he sealed the victory.

Earlier Kane Williamson continued his strong batting form, he scored a century in the previous ODI, as he scored 90 from just 70 balls for the Kiwis.

Allrounder Grant Elliott (55*) and Mitchell Santner (44) provided some late-order hitting to propel the Black Caps to 349 for seven. Ultimately though that score was not enough for this 'new' England team.

The fifth, and deciding, ODI takes place in Durham on Saturday.