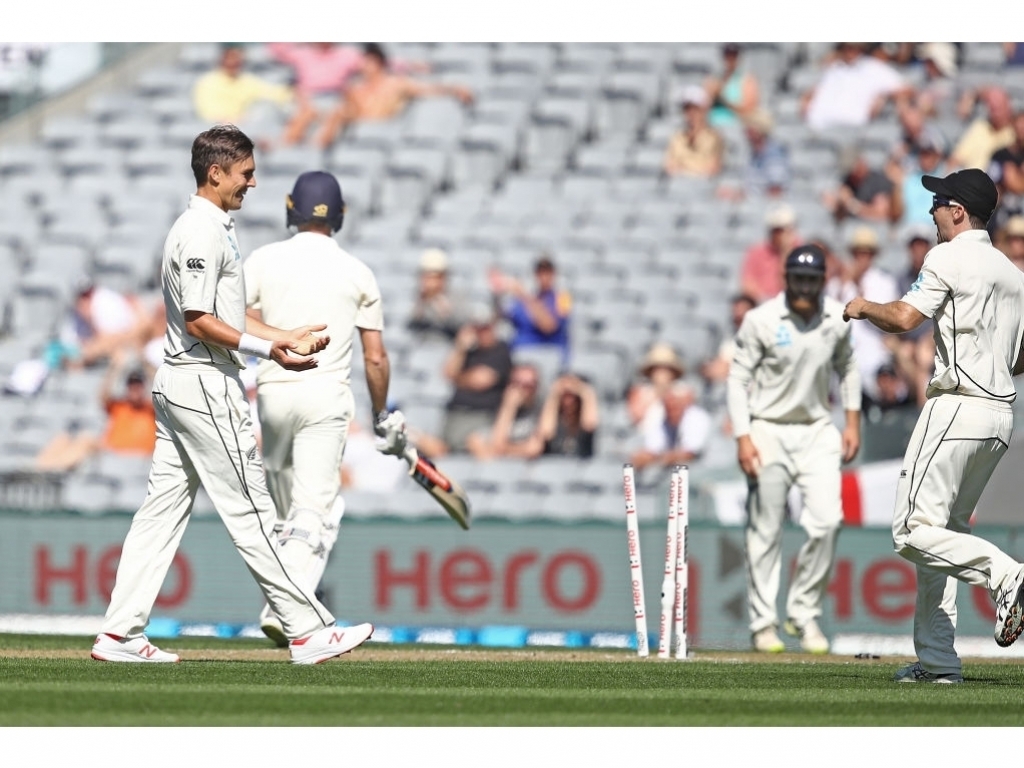 For Joe Root and his England team it would have been hard to imagine a worse opening day to a Test match than they had against New Zealand at Eden Park.

New Zealand won the toss and elected to bowl first which proved to be the right decision in the first ever day/night Test to be staged in New Zealand.

The Black Caps didn’t need to look beyond opening bowlers Trent Boult and Tim Southee who scythed through the entire England batting order in a single spell before lunch.

Boult made the pink ball talk from the word go and soon had England opener Alastair Cook (5) nicking off to a near unplayable delivery.

Skipper Root’s stay at the crease produced no runs and lasted just six balls before he got an inside edge to another full ball from Boult that cannoned into the stumps.

With England’s two best batsman back in the hut early on New Zealand were well on top and they would press home that advantage decisively.

Dawid Malan (2) was caught behind to Boult in the ninth over of the day and England were 16 for 3.

Mark Stoneman (11) was one of only two England batsman to get into double figures but in the tenth over of the day he became Southee’s first victim as another edge flew through to keeper BJ Watling, the tourists were 18 for 4.

England’s lower middle-order are not unfamiliar with bad starts but they would continue to struggle against the new pink ball in the hands of two expert swing bowlers. 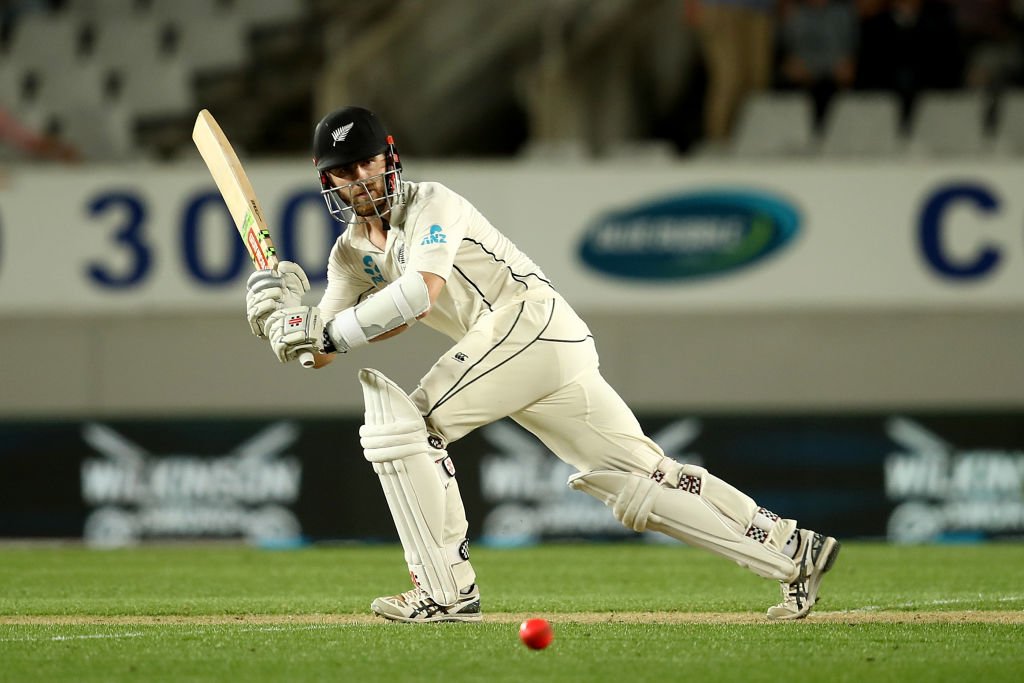 The much vaunted trio of Ben Stokes, Jonny Bairstow and Moeen Ali all failed to get off the mark and England were soon 23 for 7.

Only a quickfire 33 not out from Craig Overton spared England being knocked over for less than fifty.

The Somerset quick struck five fours and a six as he helped England to 58 all out with Boult (6/32) and Southee (4/25) putting the Black Caps in charge.

Despite the early loss of Jeet Raval (8) to James Anderson New Zealand built their innings around their steadfast skipper Kane Williamson who was able to nearly double Englands tally by himself.