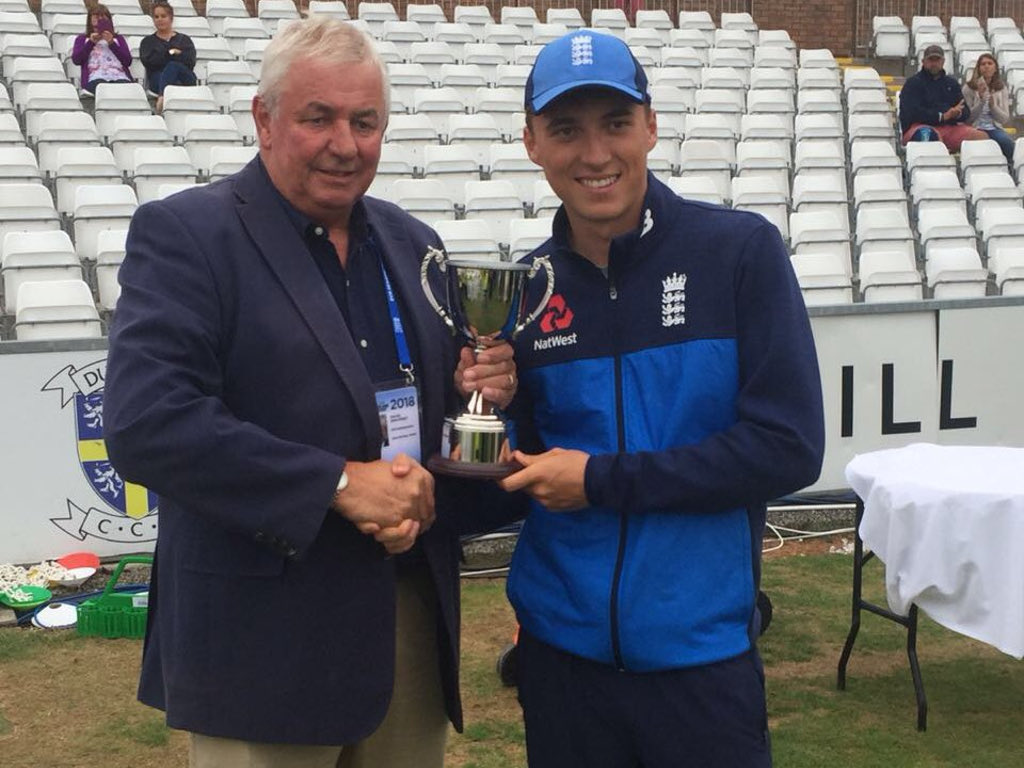 A second-innings batting collapse by the South Africa under-19s meant victory by four wickets for England on Day Three of the second and last Youth Test match in Durham on Wednesday.

This meant the hosts secured a 2-0 series win with a day to spare.

South Africa wasted little time in removing the remaining wicket of England’s first innings after they went into the day on 121/9. Sam Connors was removed by Gideon Peters for two, the hosts finishing with 133 runs on the board.

With a 76-run lead going into their second innings, the visitors were determined to forge ahead and post a winning total. They were 30 without loss in the first eight overs before fast bowler Jack Plom (2/25) began his ninth-over blitz. He struck with three consecutive dismissals, starting with opener Joshua Richards who was bowled out for 11 runs. The pace-man then followed up his wicket with the run out of Louis van Schalkwyk for a duck and things only got better for him when his very next delivery saw the South African skipper, Wandile Makwetu caught behind off his first ball faced. 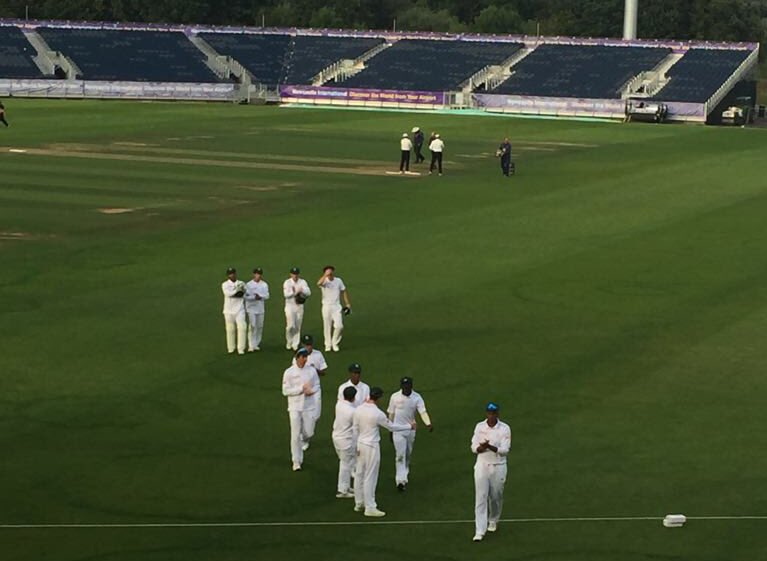 With the visitors reeling on 30/3, remaining opening batsman Jacob Miltz and Sinethemba Qeshile could only add five runs to the board before the former edged the ball to the keeper departing for 11 off Sam Connors (2/20). Qeshile (11) followed soon after, trapped LBW by Harrison Ward (1/3) as South Africa slumped to 51/5 in the 20th over.

With the score on 55/5 and a lead of 131 at the end of the first session, the tourists would once again need to rely on their middle to lower order to dig them out of trouble. Despite a valiant 21-run partnership between Jade de Klerk and Jason Niemand, Connors soon struck with his second wicket of the innings, trapping the latter in front for 11.

De Klerk (16) only lasted four overs after that, as Adam Finch ripped through the tail. He took out the remaining four wickets for just eight runs, accounting for De Klerk as well as Thando Ntini (4), Mondli Khumalo (6) and Kgaudise Molefe (0). South Africa were bundled out for a disappointing 90 in 36.4 overs, setting the home side a 167-run victory target. Finch finished with outstanding figures of 4/22.

Makwetu and his men still harboured hopes of a victory as they set out to defend their total. Ntini (2/42) and Gideon Peters (2/57) ignited those hopes further when they struck in the first three overs, removing Oliver Robinson and Ben Charlesworth for a duck and four runs respectively.

England captain Tom Banton and Jack Haynes (27) brought stability to their innings with a 61-run partnership before Molefe (1/35) disturbed them with the removal of the former for 34.

While South Africa did well to strike often enough to break seemingly burgeoning partnerships, England’s batsmen countered by scoring more rapidly than the visitors, making the contributions of Ward (27), George Lavelle (25) and Jack Davies’ and Luke Hollman’s unbeaten scores of 32 and 11 just enough to give the hosts the edge in the end.

South Africa will look to bounce back when the focus shifts to white-ball cricket. The first of the three-match, Youth One-Day series begins on Monday, 23 July at the same venue.