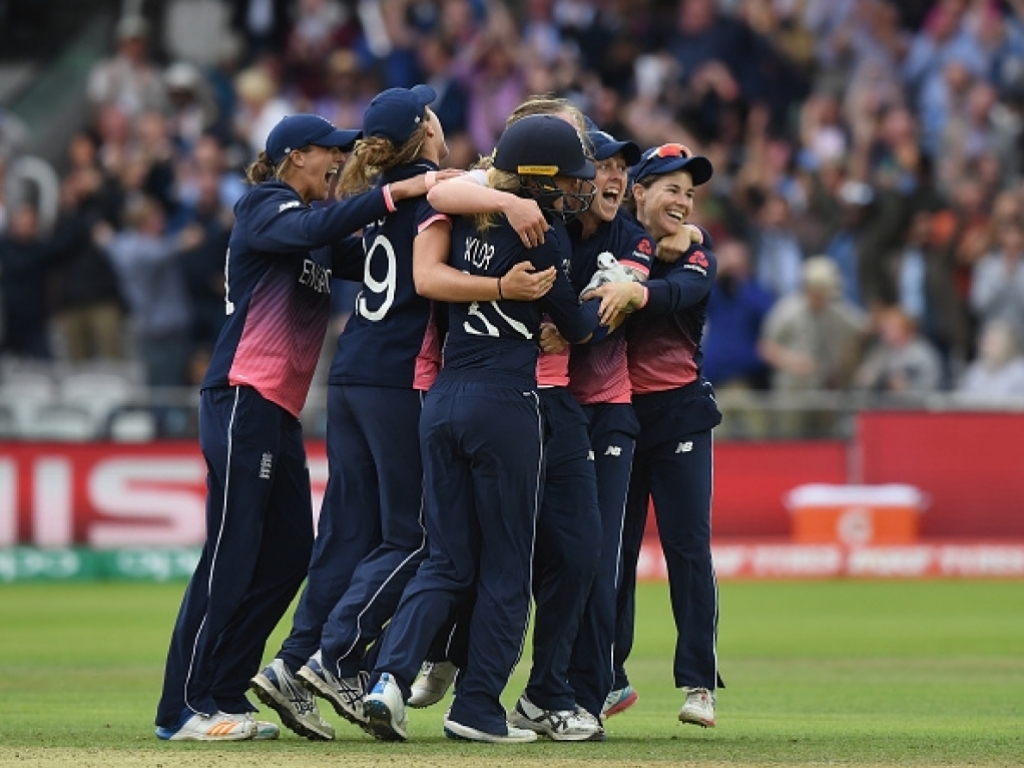 England are the 2017 Women’s World Cup champions after beating India by nine runs at Lord’s on Sunday in a tight contest that had the crowd on the edge of their seats.

Chasing a below-par target of 229, India collapsed from 191/3 to be bowled out for 219 with eight balls in the match still to spare to give the home team their fourth World Cup title.

The Asian side, who had never before won a world title, were given a strong start to the innings as opener Punam Raut (86), Harmanpreet Kaur (51) and Veda Krishnamurthy (35) had seemingly put India on course for victory.

However, the game was turned on it’s head by England seamer Anya Shrubsole who trapped Raut lbw in the 43rd over and India just panicked after that wicket.

Shrubsole then ran through the India tail, and took the final wicket, to finish with player-of-match figures of 6/46 to spark wild celebrations at the Home of Cricket.

Jenny Gunn was the other England bowler to make a significant contribution with the ball as she returned remarkable figures of 2/17 in seven overs.

Earlier, the tournament hosts struggled to their total of 228/7 in 50 overs with Natalie Sciver top-scoring with 51.

Sarah Taylor got 45 while Katherine Brunt scored an important 34 lower down the order.

India’s veteran seamer Jhulan Goswami broke the back of the England batting line-up with 3/23 while Poonam Yadav snatched 2/36 in 10 overs.