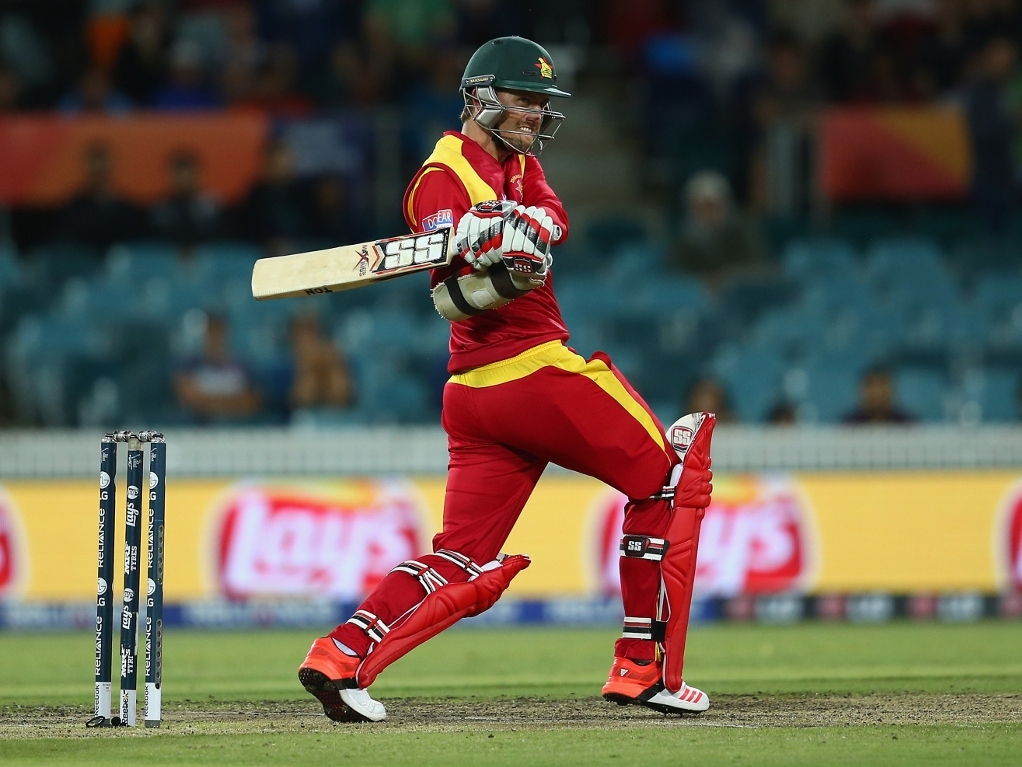 Craig Ervine played the best innings of his international career so far to lead Zimbabwe to a stunning seven-wicket victory over New Zealand in the first ODI in Harare on Sunday.

Ervine, batting at number three, scored an unbeaten 130 off 108 balls as the African team chased down a stiff target after the Black Caps posted 303 for four batting first.

It was Ervine's first international century, in his 33rd ODI, and he was well supported by opener Hamilton Masakadza, who scored 84, as the two shared in a stand of 120 for the second wicket.

Zimbabwe's chase got off to a solid start as the opening partnership between Masakadza and Chamu Chibhabha (42) yielded 74 runs in the first 15 overs to lay a decent platform for Ervine and the rest of the batsmen.

When Masakadza departed, Ervine then combined with his skipper Elton Chigumbura (26) to put on 66 and bring the home side within site of victory.

Sean Williams (7 not out) kept Ervine company as he began smashing the Kiwi bowlers all over the Harare Sports Club as the African side won comfortably in the end with an over to spare.

Earlier, the Black Caps innings was anchored by Ross Taylor who hit his 15th ODI ton as he ended unbeaten on 112 off 122 balls  when the World Cup finalists completed their 50 overs at the crease.

Taylor shared in a stand of 137 for the third wicket with Kane Williamson (97), who is stand-in skipper for this three-match series as well as the one-off T20.

The next ODI is at the same venue on Tuesday.